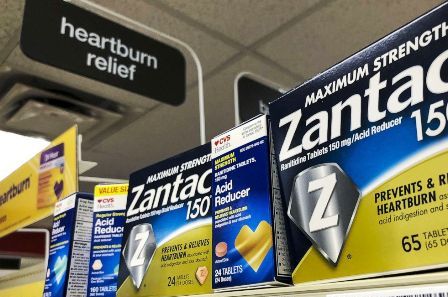 Pharmacy chains in the US have moved to stop selling Zantac –  a drug for  heartburn –  and its generic versions following the announcement by the (US) Food and Drug Administration (FDA) that a suspected cancer-causing impurity has been detected in the popular over-the-counter antacid.

The Swiss Pharmaceutical giant, Novartis had earlier on Sept. 18, stopped the worldwide distribution of its own brand of the drug as a precautionary measure, since the announcement by FDA that some medicines containing ranitidine, including those sold under the brand Zantac, have been found to contain “low levels” of an impurity called N-nitrosodimethylamine (NDMA), a probable human carcinogen.

Scientists say NDMA is likely capable of increasing cancer risk when taken in high doses over a long period of time. It can cause tumors in the liver and other organs in lab animals, and they are believed to be carcinogenic in humans.

NDMA can form during manufacturing if the chemical reactions used to make the drug are not carefully controlled, the FDA has said.

It is the same impurity that was discovered in some blood pressure medicines including valsartan and losartan last year, resulting in a global recall by manufacturers and drug retail outlets.

FDA also announced it was investigating the source of the contamination as well as the risk to patients and recommended that they talk to their doctors while those who take over-the-counter versions should consider switching to a different medication.

FDA was tipped off recently to the fact that NDMA was showing up in ranitidine drugs by an online pharmacy, Valisure which also filed a Citizen Petition urging the agency to recall all of the ranitidine drugs and set standards like it has with the blood pressure medicines.

Society for Family Health counsels Nigeria on how to achieve SDGs