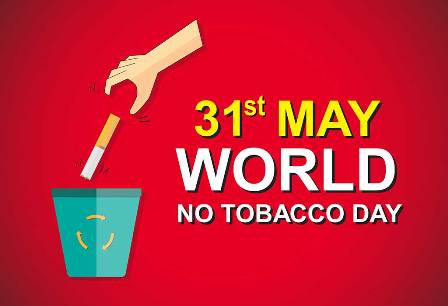 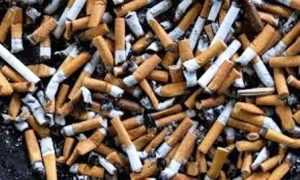 As the World No Tobacco Day is marked globally today, the World Health Organization (WHO) has again highlighted the damage tobacco causes to lung health saying over 40% of all tobacco-related deaths are from lung diseases like cancer, chronic respiratory diseases and tuberculosis.

The organization is therefore calling on countries and partners to increase action to protect people from exposure to tobacco.

“Every year, tobacco kills at least 8 million people. Millions more live with lung cancer, tuberculosis, asthma or chronic lung disease caused by tobacco,” said WHO Director-General Dr Tedros Adhanom Ghebreyesus. “Healthy lungs are essential to living a healthy life. Today – and everyday – you can protect your lungs and those of your friends and family by saying no to tobacco.”

In 2017, tobacco killed 3.3 million users and people exposed to second-hand smoke from lung-related conditions, including:

More than 60 000 children aged under 5 die of lower respiratory infections caused by second-hand smoke. Those who live on into adulthood are more likely to develop chronic obstructive pulmonary disease (COPD) later in life.

WHO is urging countries to fight the tobacco epidemic through full implementation of the WHO Framework Convention on Tobacco Control (WHO FCTC) and enforcing effective tobacco control actions, including WHO’s recommended “MPOWER” policy measures, for example by reducing demand for tobacco through taxation, creating smoke-free places and cessation support.

The Organization also encourages parents and community leaders to take steps to safeguard the health of their families and communities by informing them of and protecting them from the harms caused by tobacco.

Speaking at an inter-agency press briefing to mark the day, the Permanent Secretary health ministry, Alhaji Abdulaziz Mashi Abdullahi described Tobacco as a product that contains more than 7,000 chemicals, of which 250 of which are harmful to the human body and 69 of which are known to cause cancer.

“In Nigeria, at least 16,100 Nigerians die of illnesses associated with Tobacco use and globally, at least 1,700,000 people die of lung cancer every year.

“This year’s event seeks to raise awareness on the magnitude of illnesses and deaths from lung diseases such as cancer of the lungs, chronic obstructive pulmonary disease and pulmonary tuberculosis which evidence has shown that they can all be caused by direct tobacco use and exposure to second hand-tobacco smoke,” he said.

The PS also appreciated the World Health Organization (WHO) and partners for their consistent support and perseverance in the journey to Tobacco control in Nigeria and his parting words were “Every Nigerian should have the right to Tobacco free air.”

In his remarks, the Officer in Charge (OIC) World Health Organization (WHO) Nigeria, Dr Clement Peter Lugala congratulated the Nigerian government for the recent passage of the 2018 National Tobacco Regulations by the National Assembly and for Nigeria becoming the 51st Party to ratify the protocol to eliminate illicit trade in Tobacco products.

“Tobacco has claimed the lives of thousands of youth and adults and it continues to pose serious health risks to persons exposed to Tobacco smoke,” he said.

He called on all individuals, parents and children, as well as all community members, to protect their health and avoid the harms caused by tobacco. The OIC pledged that WHO will continue to promote and strengthen awareness of living tobacco-free lifestyles and the benefits of tobacco cessation among users.

This year, the African region received six World No Tobacco Days Awards. Mr. Peter Unekwu-Ojo, the Executive Director of the Cedars Refuge Foundation was one of the awardees. During the handover ceremony, the OIC, on behalf of the WHO Director General, Dr Tedros Adhanom Ghebreyesus handed over the certificate of appreciation to the PS FMOH. The PS in turn, presented the certificate to the awardee. Cedars Refuge Foundation is a non-governmental initiative dedicated to tobacco control since 2011.

According to WHO, exposure to tobacco impacts greatly on the lung health of people around the world, including in the following ways:

Chronic respiratory disease: Tobacco smoking is the leading cause of chronic obstructive pulmonary disease (COPD), a condition where the build-up of pus-filled mucus in the lungs results in a painful cough and agonizing breathing difficulties.

The risk of developing COPD is particularly high among individuals who start smoking at a young age, and those exposed to second-hand smoke, as tobacco smoke significantly slows lung development.

Tobacco also exacerbates asthma, which restricts activity and contributes to disability. Early smoking cessation is the most effective treatment for slowing the progression of COPD and improving asthma symptoms.

Young children exposed to second-hand smoke are at risk of the onset and exacerbation of asthma, pneumonia and bronchitis, and frequent lower respiratory infections. WHO enjoins smokers to ensure they never smoke in the presence of an infant or young child.

Tuberculosis. Tuberculosis (TB) damages the lungs and reduces lung function, which is further exacerbated by tobacco smoking. About one quarter of the world’s population has latent TB, placing them at risk of developing the active disease. People who smoke are twice as likely to fall ill with TB.

Active TB, compounded by the damaging lung health effects of tobacco smoking, substantially increases risk of disability and death from respiratory failure. TB sufferers should take immediate steps to quit tobacco to enable their TB treatment regime to be effective.

Air pollution: Tobacco smoke is a dangerous form of indoor air pollution: it contains more than 7 000 chemicals, 69 of which are known to cause cancer. Though smoke may be invisible and odourless, it can linger in the air for up to five hours.