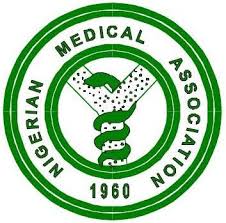 The Nigerian medical community was thrown into mourning yesterday following reports that six senior doctors from Ekiti state had died in a fatal accident involving the 13-passenger bus in which they were travelling to Sokoto.
Grieving Nigerian Medical Association (NMA) immediately called for a national mourning and directed doctors all over the country to observe one week of mourning from Tuesday 26th to Tuesday 3rd of May, 2016. Doctors are also expected to wear a black band on the left arm over their white overall to reflect their mood.
The Ekiti state government has also declared a 3-day mourning with flags now flying at half mast in honour of the dead doctors.
NMA in a press statement signed by its President and Secretary-General, Kayode Obembe and Adewunmi Alayaki, yesterday disclosed that the accident occurred few kilometres to Kaduna. The deceased who were officials of the Ekiti State chapter of NMA were heading for the Association’s National Officers Committee meeting, being held in Sokoto.
The statement gave the names of the deceased as Dr. Alex Akinyele of the Federal Teaching Hospital, FETHI, Ido Ekiti, who is also secretary of NMA Ekiti State, Dr. Tunde Aladesanmi, General Surgeon, FETHI, Ido Ekiti; Dr. O.J. Taiwo, Anatomic Pathologist, Ekiti State University Teaching Hospital, EKSUTH, Ado-Ekiti; Dr. Ogunseye J.B of the National Association of General and Government Medical and Dental Practitioners, NAGGMDP, and also National Secretary, Hospital Management Board, HMB, Ekiti. Others were Dr. Olajide O, Association of Resident Doctors, ARD, EKSUTH President; Dr. Atolani Adeniyi, secretary NAGGMDP, Ekiti State and the driver of the bus in which they were travelling, Mr. Ajibola.
“Other members of the delegates who survived the accident are in stable condition and are receiving medical attention under the auspices of the chairman of the Kaduna State NMA and his team.
“The bereaved families have been contacted and arrangements are in motion to convey the bodies back to Ekiti State.
“While the conference continues, the NOC hereby directs that all doctors should observe one week of mourning from Tuesday 26th to Tuesday 3rd of May, 2016. Every doctor should put on Black band on the left arm over white overall.
“NMA is in contact with the bereaved families and burial arrangements will be communicated in due course,” the statement said.