About 5000 Lagosians may lose homes to flood in 2016, says LASEMA operations boss 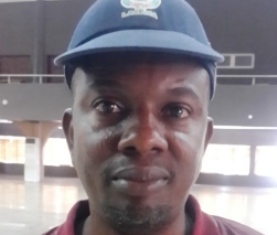 Following the prediction by Nigerian Meteorological Agency (NIMET), that high level of flood will occur in Lagos and other states this year, Head Operations and Logistics, Lagos State Emergency Management Agency (LASEMA), Mr. Femi Giwa, in this interview with Franka Osakwe, explains how Lagos will tackle the looming disaster, during a UNICEF organised workshop on emergency preparedness response, held recently in Ibadan, Oyo State. Excerpts

How prepared is Lagos to tackle the impending flood disaster?

Right from the onset, we had always stepped up our emergency preparedness and response, and in view of the advice from the office of the security adviser to the president concerning the high level of flood that will occur in some states which includes Lagos, we have stepped up high level of preparedness at our two relief camps; the relief and emergency camp at Agbowa within the Lagos East senatorial district and the one at Igando, Lagos Senatorial west.

Our relief camps at Igando are capable of taking about 1,500 internally displaced persons. We have stepped up preparedness in terms of the beddings, supplies and other necessities at the two camps. Also, we have begun preparation for the construction of the third relief camp at Lekki. Aside from these, sometimes around January, we had kicked off our sensitisation campaign, we had stakeholders meeting for all our stakeholders who included most importantly our local emergency management committees from 7 LCDAs. We had over 100 stakeholders come together at Alausa Ikeja to brainstorm. Also during our governor’s one year in office, we had several visitations of our stakeholders, sensitising them on the need for proper coordination especially at the event of emergency and disasters. His Excellency, Governor Akiwunmi Ambode had also graciously procured equipment for us. If you would observe vividly, that the Vice President of the Federation, visited Lagos and commissioned our state of the art equipment at our intervention unit in Kappa Oshodi. Most of this equipment and vehicles are meant for intervention. Although we have had several interventions in the past, but this time around, we have increased our capacity; most vehicles are able to ply difficult routes, we have also fortified our command and control units because communication is very critical in emergency response. Aside from the normal 767 response, we have CCTV units, which will help us monitor what is happening at disaster sites.

Is it true that Lagos state now has helicopters for emergency response?

Yes we have. That is where coordination and collaboration comes in. we have our primary stakeholders which are the rapid response squad. Within the purview, we have 3 helicopters. During the Bristow air crash, we had to deploy these three helicopters to the site. We did this in conjunction with Bristow airline and the Nigerian police also came on board. You will also observe that one or two months after the crash, we had a stimulation exercise in order to improve our response and this was done in view of what happened at Oworoshoki, because we saw gaps in terms of communication and coordination. Not long after this exercise, about 3 weeks later, we had another scenario where another Bristow helicopter dashed into the ocean at about 17 miles off the international airport and it was these same helicopters that were deployed and we were able to save those on board. Be that as it may, we also believe that the public has a great role to play in emergency response, which is why we have jingles, from time to time, the ministry of information collaborates with other media partners like LTV, TVC and the social media, in disseminating information on what should be done so as to build the capacity and resilience of people at the local level. Our preparedness plans are focused on 4 major areas, from mitigation, preparedness, response and recovery. In terms of mitigation, we work hand in hand with Lagos State Building Control Agency, the Ministry of Physical Planning, Ministry of Environment and others, to ensure that we enforce the building codes, and all those within the buffer zones especially around areas where we know that when there is flood they will be affected. For example, if you look at the Ogun River, once the dam is released, people within that area such as Isheri North, Ajegunle, Ikorodu, are often affected. Based on this, we talk to people around the critical zones, those who are building on drainage, those vulnerable, we enforce the building codes, we have intensified efforts through the Ministry of environment, clearing of drainage at major canals (which are the major recipients of this flood), and we have enhanced capacity of our stakeholders.

How will you predict the level of loss from this flood disaster?

It actually varies, sometimes in October 2010, when we had flood in Ikorodu, we had about 1750 internally displaced persons. In 2012 when we had torrential rainfall and flood in various local governments in the state, we had about 2500 internally displaced persons. In worst case scenario, our projection is 10,000 internally displaced persons in terms of our contingency plans, in most likely scenario, we are not expecting a displacement that will exceed 5000 people, and if you look at our camps, they have the capacity of taking close to 3000 people. Our preparedness plan is such that we have been able to factor our most likely scenario, our best and worst case scenario. Now, we found out that poor infrastructures such as bad road, poor drainage, also resulted in high level of impact in those risky areas. Most recently Lagos State government has actually stepped up in ensuring that our infrastructure works. If you look at Ikorodu road, the road construction is such that they were able to elevate the height of the road, it’s almost difficult to see people around this area and that is why the issue of monitoring, surveillance, enforcement of building code, sensitization, all comes to play. We have been able to invest in our infrastructure, ensuring that our drainage are open, that people are sensitised, we have also ensured that there are medical supplies that will take care of hygiene, water, and other likely ailments. And I can assure you that we are the only state that has camps that are fitted with state of the art facilities, these are not transit camps. Agbowa camp has been there for about 6 years now, it has in the past accommodated foreign immigrants who came to seek asylum.

What is Lagos State doing to ensure absolute protection of women and children?

In the first 72 hours after the camp has been activated, we will start our rapid assessment- we find out the number of internally displaced persons, the number of children, women, adults. By the time we have these statistics it will help us in our planning. From day one once they come into the camp, we provide food, water, medicare, that is why we work in collaboration with Ministry of health, Ministry of Women Affairs and Poverty Alleviation. Because the needs of children aged 1 to 5 years is quite different from the needs of those above 5 years, we have put these into consideration in our recovery plans, we also do HIV tests, provide all medical assistance. Government has made available an emergency toll free line- 767-112, people should endeavour to call that line in event of any emergency and when you see anything that may exacerbate flood, we can mitigate against it by calling this line, so that emergency officials can be able to get to the scene and fix things up. For those who live around the coastal areas, they should contribute their own quota by clearing their drains, we should be sensitive enough to look at early warning signs; When we are having coastal tidal changes, epileptic surges, these are signs that we should move upland.