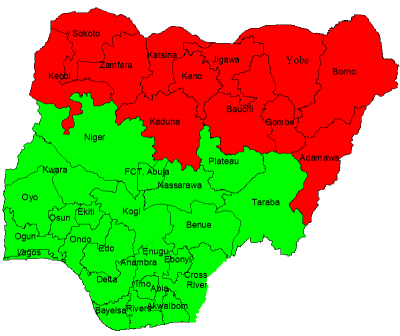 Reports come in daily from Nigeria’s military and other security formations, notifying the public of their officers exploits as they combat criminals comprising terrorists, bandits, herders, cattle rustlers, abductors, vandals and other elements who continue to threaten the peace of the nation.

There is no day that these criminals do not fall to the bullets and hand-cuffs of the security operatives who are ever on their trail. Sometimes, media reports indicate that between 20 and 50 of the criminals die from superior fire powers of the security operatives, while scores others land in custody. Pounding on innocent civilians at will, criminals in Nigeria randomly attack communities, kill and abduct people in droves, rustle animals as well as rape innocent women and girls with glee.

Insecurity continues to threaten the nation’s existence as the country remains one of the most dangerous and least safe countries on earth, according to the 2018 Global Law and order Report by the Gallup Poll. But for the security operatives who have lost hundreds of their men in combats in this last decade of unprecedented criminalities, the situation would have been worse.

Despite claims by government that many of these criminals are foreigners, it goes beyond debate that majority of them are Nigerians. Various reports indicate that they are mainly children of yesteryears who were denied education and good upbringing. Most of them were those children who were abandoned on the streets, begging. They were those homeless children who were treated as having no portion in the commonwealth of their nation.

Some of them are products of rape, child marriage, divorce, uncontrolled births and they lacked the parental or guardian care needed to make them responsible adults. And, today, they constitute nuisance to their society. While they kill innocent citizens with delight, troops snuff lives out of them in their thousands too. Nigeria sees these wastes of human lives today because some people in position of authority and the society failed to play the roles expected of them at a time.

While options such as orientation and empowerment of those who seem to have been left behind across the country would help in mitigating the crisis in the interim, one of the most reliable measures for checkmating criminalities in Nigeria is the implementation of the Child Rights Act. 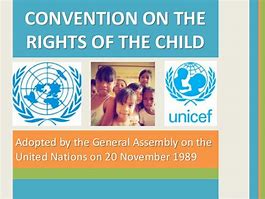 Why Child Rights Act? Thousands of children have been used for criminal activities by terrorist groups in Nigeria in recent years. Reports have also shown that they have been used for other crimes and they are easy recruits by criminals. Dealing with criminality in Nigeria therefore requires conditioning the minds of children in the country against bad habits. They should be groomed in manners that make them capable of differentiating between good and bad habits as well as recognizing the consequences of indulging in such. To achieve this, the children must be guaranteed their own rights!

The United Nations Children Fund (UNICEF) said recently that since 2012, non-state armed groups in north-east Nigeria have recruited and used children as combatants and non-combatants, raped and forced girls to marry and committed other grave violations against children. “Some of the girls become pregnant in captivity and give birth without any medical care or attention.

“In the ongoing armed conflict in north-east Nigeria, more than 3,500 children were recruited and used by non-state armed groups between 2013 and 2017. The use of children in suicide attacks by armed groups as person-borne explosive devices (PBIEDs) significantly increased from 2014 to 2017,” said the organization.

Apart from their forced engagements in conflict situations, children are sexually abused in Nigeria. They are given in marriage before they reach 18 years which the country’s law approves as appropriate for a female child to be given in marriage. Children are also trafficked among other abuses. 2016 World Population Report indicated that 43 percent of Nigerian girls are pregnant before reaching 18.

In Nigeria, nearly 15 million children are out of school and majority of the number are from most volatile areas in the country’s north. Even states in the south which have adopted the law do not fully implement it. There are yet millions of children who are abused. There are many child prostitutes, out-of-school children, acutely-malnourished children, children who do not have access to quality healthcare, abused house-helps, untreated cases of child rape among others. These are some of the things the Act addresses if fully implemented and the reason it should be fully implemented by all states in the country to enable the public realize its immense gains.

Therefore, at a time like this when Nigeria faces ballooning ethnic tension, unprecedented insecurity, perilous economy and has been tagged the headquarters of world’s poorest, adopting and implementing the Child Rights Act will be one of the best decisions to be made by its subnational governments. Crimes may remain unabated if all states in the country do not implement the Child Rights Act. Coincidentally, the 11 states that are yet to adopt the Act are in the North, a region that has been seriously facing insecurity.

Adoption and implementation of the Act may not be the sole solution to ending insecurity, it will significantly help in checkmating the menace. As a signatory to the Convention of the Rights of the Child, Nigeria officially passed into law the Child Rights Act in 2003. It is considered the most comprehensive law protecting and guaranteeing the rights of children in the country.

However, its implementation was only limited to the nation’s capital, Abuja. State governments have to domesticate the law. 11 states yet to domesticate the Act are Sokoto, Kano, Zamfara, Kaduna, Jigawa, Katsina, Bauchi, Yobe, Borno, Adawama and Gombe.

Need for domesticating and full implementation of the Act by all states in Nigeria was the focus of a recent Two-day Media Dialogue convened by the Child Rights Information Bureau (CRIB) of the Federal Ministry of Information and Culture, in collaboration with United Nations Children’s Fund (UNICEF) The meeting which took place in Lagos State commemorated the 30th anniversary of the Convention of the Rights of the Child (CRC, #[email protected])

The CRC, which could be described as the mother of all child rights in the world, was adopted on the 20th November, 1989 by the UN General Assembly, and was ratified by 194 state parties, including Nigeria.
It covers civil, political, economic, social and cultural rights, thus underscoring the indivisibility and equal importance of all rights.

Children’s rights cover every aspect of the lives of children and adolescents, broken down into the following: survival rights, development rights, participation rights, and protection rights. Part II of the Nigerian Child Rights Act states the right of the child to dignity, to leisure recreation and cultural activities, to health and health services, to parental care, protection and maintenance, to free compulsory and universal primary education, and to special protection measures and protection from harm.

“Every government in Nigeria shall strive to reduce

The human rights advocate whose organization works on promotion of youth development, advocacy on citizens’ rights and youth entrepreneurship said: “With the right to protect the children, which is not there, there is no way the children can be protected. Whatever protection they are getting now is a consensus protection, maybe people are feeling that as parents or guardians, they have the responsibility of taking care of those children. With the rights not there, the children cannot be fully protected. It therefore puts the children in a very great danger.

“Let me give you an example, we were telling some Nigerian students the rights they have, there was a girl who said “if my father or my uncle harasses or molests me, what do I do? Do I run away from the house?” There was a response from official of the Human Rights Commission that the girl could come to the Commission and report the case.

“You know what that means. How would a child report her parent to the National Human Rights Commission? Will that child get the courage to report such? That means the child will continue to suffer the harassment. I want to tell you that there are children that are harassed by their parents and relations. Human Rights Commission has confirmed such cases to us. But the question is: How do you protect these children? Social services to protect these children are not there. It therefore puts the children in very great danger if the Act is not adopted and implemented.

“For instance, in Kaduna state where I live, you see children roaming about, there is no care. You know all these clerics, they just gather the children together, not minding their background and start sending them to beg on the streets. They request for the proceeds from the children at the end of the day. This is not good.”

“You can see today that many of them are drug addicts because nobody is watching over them. These make them engage in rape, armed robbery, banditry and many others that make them create social unrest. And, they always grow to become political thugs during elections. If the law is there, these will be drastically reduced and resultant decrease in crime.”

Adopting and implementing the Child Rights Act is a catalyst for growth. It could be one of the solutions to the fears recently expressed by Kaduna State Governor, Mallam Nasri El-Rufai. Unfortunately, Kaduna state has not adopted the Child Rights Act. The governor had told a gathering of people in the region that the north is very backward compared to its southern counterpart.

His words: “Looking at the statistics, Nigeria appears to be a middle income country. But, if we segregate those statistics across states and zones, you will see that in terms of human development indicators, Nigeria consists of two countries, there is a backward, less educated and unhealthy northern Nigeria and a developing, largely educated and healthy southern Nigeria.

“We have to speak the truth to ourselves and ask why is it that northern Nigeria has development indicators similar to Afghanistan, a country still at war? We have the largest number of poor people in the world, most of them in northern Nigeria. Nigeria also has the largest number of out-of-school children, virtually all of them in Northern Nigeria. Northern Nigeria has become the centre of drug abuse, gender, violence, banditry, kidnapping and terrorism. We have also been associated with high divorce rate and breakdown of families. These are the challenges that confront us. This is the naked truth that we have to tell ourselves.

“We must therefore, as leaders at all levels, have conversation about the way forward for our part of the country. Because increasingly, as many of you must have seen on social media, we are being considered as the parasite of the federal economy, even though that is not entirely true.”

Similarly, recently at a meeting of Northern Governors Forum in Kaduna, Sultan of Sokoto admitted that the northern region contributes 13.5 million out-of-school children in the country. He said: “As we look forward in our quest to revitalize the education sector, we must build the requisite courage to tell ourselves the truth. For several decades, our investment in education, human capital formation and development fell far below expectation and cannot move us to the optimal level we all desired as a region and as a nation.”