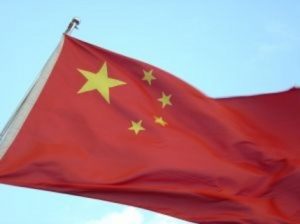 China FDA has ordered 3 drug makers to recall certain products off the shelf in the latest effort to enforce good manufacturing practices (GMP) on the firms suspected of sending medicines to the market that failed origin, labelling, data and quality assessments.
Drug firms Hebei Yongfeng Yaoye, a unit of Hong Kong-listed CSPC Pharmaceutical Group, as well as Lanzhou-based Gansu Dadeli Pharmaceutical and Guizhou Shouxian Pharmaceutical were cited by the China FDA in a notice this week after investigators found fault with their manufacturing operations.
The products to be recalled included traditional Chinese medicines and active pharmaceutical ingredients, some of which were either expired or within months of expiration, according to the China FDA.
The crackdown comes in the wake of more than 200 arrests for illegal vaccine sales in Shandong province over a 5-year period that covered meningitis, rabies and other voluntary jabs. The operation’s sales reached $88 million for many products that were improperly stored and had reached expiry dates.
At stake for China’s leadership is public confidence in food and drug regulation that is a cornerstone of President Xi Jinping’s drive to fight corruption.
In February, China FDA Commissioner Bi Jingquan said the regulator will not hesitate to enforce the “most stringent standards” for food, drug and device safety along with the “most severe punishment” for fraud.
The possibility of capital punishment for fraud remains a possibility as seen by China’s response to the toxic chemical melamine found baby formula in 2007 that led to infant deaths and serious illness for many children. China executed the top food and drug regulator at the time, Zheng Xiaoyu, for his role in the scandal.
In the case of the three companies notified April 18 by the China FDA, two of the firms face the immediate loss of GMP certificates.

Worried about irregular menses after abortion