Facts you should know about Zika virus infection, Zika fever

What is Zika virus infection?
Zika virus infection is caused by the bite of an infected Aedes mosquito, usually causing mild fever, rash, conjunctivitis, and muscle pain.
The virus was isolated for the first time in 1947 in the Zika forest in Uganda. Since then, it has remained mainly in Africa, with small and sporadic outbreaks in Asia. In 2007, a major epidemic was reported on the island of Yap (Micronesia), where nearly 75% of the population was infected.
On 3 March 2014, Chile notified PAHO/WHO that it had confirmed a case of indigenous transmission of Zika virus on Easter Island, where the virus continued to be detected until June 2014.
In May 2015, the public health authorities of Brazil confirmed the transmission of Zika virus in the northeast of the country. Since October 2015, other countries and territories of the Americas have reported the presence of the virus.
What are the symptoms?
The most common symptoms of Zika virus infection are mild fever and exanthema (skin rash), usually accompanied by conjunctivitis, muscle or joint pain, and general malaise that begins 2-7 days after the bite of an infected mosquito.
One out of four infected people develops symptoms of the disease. Among those who do, the disease is usually mild and can last 2-7 days. Symptoms are similar to those of dengue or chikungunya, which are transmitted by the same type of mosquito. Neurological and autoimmune complications are infrequent, but have been described in the outbreaks in Polynesia and, more recently, in Brazil. As the virus spreads in the Americas, giving us more experience with its symptoms and complications, it will be possible to characterize the disease better. 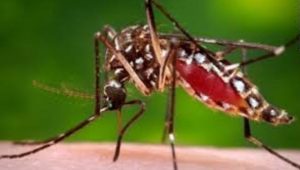