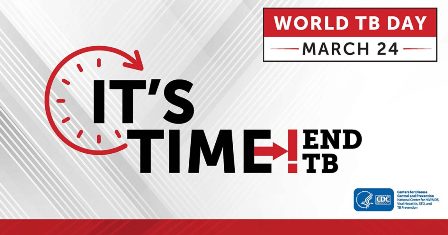 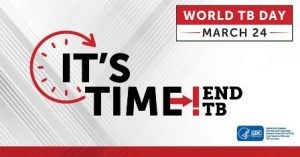 As Nigeria joined the world to mark the 2019 World TB Day, WTD, the Development Communication (Devcoms) has called on all Nigerians to protect their family members from the menace of the highly infectious disease.

The organisation noted that TB kills 18 Nigerians every hour and 4,500 people globally every day.

Devcoms Program Director, Akin Jimoh, urged  Nigerians to be concerned about the missing cases of TB saying:  “we must all be in the forefront to find and treat TB cases in the country.

“We did it for Human Immunodeficiency Virus (HIV) and now the cases are on the downward spiral.  We need to help ourselves to find and treat TB.”

Also, the National Coordinator, National Tuberculosis and Leprosy Control Programme Department of Public Health, Federal Ministry of Health, Abuja, Dr. Adebola Lawanson pledged that the government, with with support from partners, would rapidly expand the TB diagnostics and treatment services to more sites across the country as part of steps towards finding missing TB cases,

According to the 2017 Global TB Report, Nigeria is among the 14 high burden countries for TB, TB/HIV and MDR-TB, ranking 7th among the 30 high TB burden countries and 2nd in Africa. It is also estimated that 47 Nigerians develop active TB, seven of which are children, every hour.

One of the major challenges of TB response in Nigeria is attributed to low TB case finding both in adult and children. This is attributed partly to poor knowledge about TB that influence the health seeking behaviour of people, and low TB treatment coverage.

This is why the theme for this year’s World TB Day; IT’S TIME is enjoining the young, old and all stakeholders involved to come together to take action to make Nigeria a TB free country.

According to the World Health Organization (WHO), about one-third of the world’s population has latent TB, which means people have been infected by TB bacteria but are not (yet) ill with the disease and cannot transmit the disease.  People infected with TB bacteria have a 10% lifetime risk of falling ill with TB. However, persons with compromised immune systems, such as people living with HIV, malnutrition or diabetes, or people who use tobacco, have a much higher risk of falling ill.

In 2017, about 1.7 million people including over 250,000 children globally, died of TB-related causes. Over 95 percent of TB deaths occur in low and middle-income countries especially in Africa.

Also As part of activities to commemorate the  2019 World Tuberculosis Day in Lagos State, the Ministry of Health in collaboration with Tuberculosis Control implementing Partners is organizing awareness and sensitization walk as well as a medical outreach to stop the deadly disease in the State.

According to the State TB, Leprosy and Buruli Ulcer Programme Manager, Dr. Daniel Sokoya, the awareness and sensitization walk which would be flagged off by the Permanent Secretary, Lagos State Ministry of Health, Dr. Titilayo Goncalves is scheduled to take off at the Igando-Ikotun local government secretariat at 9.00am on Monday March 25, 2019.

“There will also be a medical outreach and screening programme immediately after the awareness walk at Palace way, Ikotun where officials of the Ministry and TB implementing partners will screen residents and enlighten them on precautionary measures to adopt to prevent contracting the disease”, he added.

Shokoya explained that the theme “It’s Time” focuses on building commitment to end TB, not only at the political level with Heads of State and Ministers of Health, but at all levels from Governors, parliamentarians and Community leaders, to people affected with TB, civil society advocates, private corporate organizations, health workers, doctors, nurses, NGOs and individuals.

“The theme is reminding us to act now!,  we must achieve the end TB targets of reducing TB deaths by 95%, cutting down new cases by 90% between 2015 and 2035, and ensure that no family is burdened with catastrophic expenses due to TB”, he stated.

While noting that everyone must be aware of the threat TB poses to their health, the State TB programme coordinator opined that instead of stigmatizing those affected by the disease, they should be supported to get diagnosed and treated.

“If we fail to do this, one untreated person can infect about 10 to 15 others in a year. However, early diagnosis and treatment reduces the spread of infection, therefore it is our collective responsibility to find and treat all patients “, he said.

He urged residents of the State to look out for friends, neighbors and family members stressing that taking quick action may save a live.