FG warns against use of unprescribed drugs 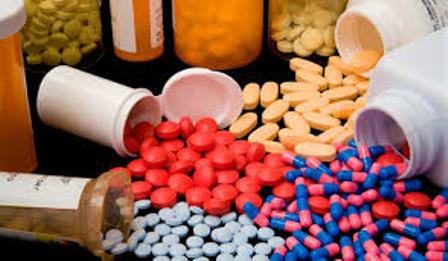 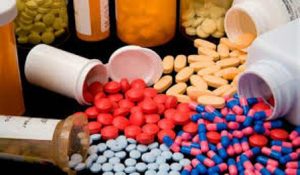 ABUJA: The Federal Government yesterday warned Nigerians against the use of unprescribed drugs, saying it is dangerous to health.
The Minister of Health, Prof. Isaac Adewole, gave the warning at a press conference to flag off enlightenment campaign/marathon race for Stephen Johnson Syndrome (adverse drug reaction) in Abuja.
The race will be embarked upon by Mr Fadesola Adedayo, a brother to late Dr Adeosola Adedayo, who died as a result of adverse drug reaction in 2012, in a bid to save the life of a patient.
The minister, who described the syndrome as an adverse drug reaction and an uncommon hazard, however noted that the briefing was aimed at enlightening the populace on the health implications of drugs misused.
He noted that such practice geared toward preventing the life of Dr Adeosola Adedayo led to his sudden death.
Adewole explained that the doctor in the course of rendering community services to an HIV affected patient sustained a needle stick injury and he was placed on post exposure prophylaxis to prevent him from acquiring the infection.
According to him, the purpose of the marathon race was to increase the level of awareness and understanding in order for the public to be acquainted with the necessary steps to be taken in such cases.
However, Adewole advised such victims and public to be part of the reporting system globally in order to build the nation’s data base system with regard to pharmacovigilance.
According to him, the benefit of pharmacovigilance is that such data base encapsulating the drug reaction would be used to alert the manufacturer of such reactions.
The minister said it would as well be included as part of the complications of the said drugs by the manufacturers.
“Pharmacovigilant worldwide started in 1960 but Nigeria joined in 2004, and our obligation internationally is that we need to contribute data.
“We need to let people know about the potential hazards that do occur when you misuse drugs,” he said.
Alhaji Lai Mohammed, the Minister of Information and Culture, lamented the death of the doctor as a result of the syndrome.
Mohammed, however, enjoined the media to intensify efforts at enlightening the public on the inherent dangers in such practices.
Represented by Mrs Ayo Adesugba, the Permanent Secretary of the ministry, the minister also urged every well meaning Nigerian to be an agent of sensitisation.
Mohammed described awareness as central and critical in the nation quest to rid off such practices.
He urged healthcare workers to be vigilant to ensure prompt identification of adverse drug reaction in patients.
The News Agency of Nigeria (NAN) reports that the race, which kick starts in Abuja, will terminate in Lagos. (NAN)