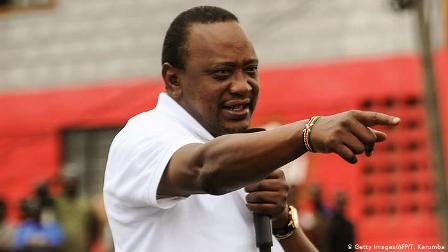 Kenyan  President Uhuru Kenyatta has warned against complacency in Africa’s COVID-19 response, saying the pandemic is likely to get worse in the coming months.

He however, lauded the continent’s concerted response to the disease, saying measures being implemented by African countries are helping slow down the spread of the pandemic. “We need to actively prepare for the looming crisis.

“Let me, however, hasten to add, that there is no room for complacency,’’ he cautioned during a webinar on post-COVID-19 reconstruction organised by the African chapter of the International Summit Council for Peace (ISCP).

According to a statement issued on Sunday by Kenyatta’s office after the meeting, the Kenyan leader listed peer learning, data-driven decision-making, pragmatism and regular and transparent communication as some of the best practices that will stand Africa in a better position to defeat COVID-19.

He urged African leaders to continue working together, with the support of partners, in crafting interventions that enhance the resilience of the continent’s vulnerable populations.

“We should work in collaboration with our development partners to build capacity for local production of health equipment and to strengthen our local manufacturing capacity more generally,’’ he said.

The Kenyan leader said despite limited resources, the continent had rolled out proactive measures that were helping save lives.

He said Africa has responded to COVID-19 much better than most other parts of the world despite its relatively weaker resource base.

“For comparison, that is about 15 percent of the cases in the United States and seven percent of U.S. deaths,’’ the statement quoted the president as saying.

ISCP is an international network of current and former Heads of State and Government who use dialogue to address global challenges like climate change, conflict, poverty, and corruption. (Xinhua/NAN)