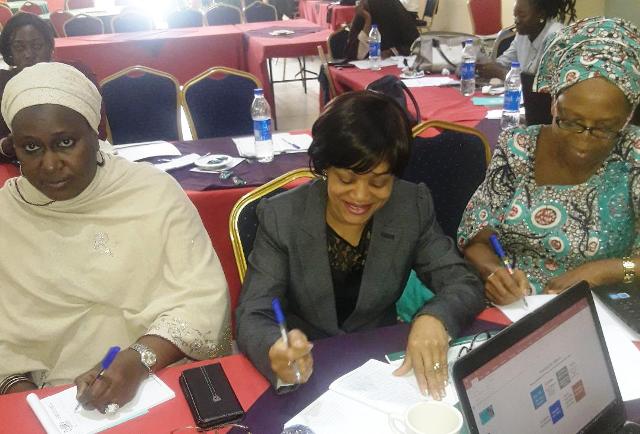 In a bid to radically improve the knowledge, practice and attitude of Nigerians towards exclusive breast feeding, the National Agency for Food and Drug Administration and Control (NAFDAC) is intensifying its awareness campaign to ensure compliance with the international code of marketing of breastmilk substitutes (BMS) in the country.

The World Health Organization (WHO) recommends exclusive breast feeding (EBF) for the first six months as a global public heath goal towards the reduction of infant morbidity and mortality, especially in developing countries.

To achieve this, The World Health Assembly (WHA) in 1981, adopted the Code of Marketing of breast milk substitutes to discourage the promotion of substitutes globally and ensure full adoption of exclusive breast-feeding.

In view of Nigeria’s low EBF rate, estimated at only 25 per cent coverage, NAFDAC announced it was re-sensitizing key stakeholders on their responsibilities and commitment on the provisions of the Code and the national regulations.

Welcoming media Health Editors to a workshop organized by the agency in collaboration with Alive and Thrive FHI-360 yesterday in Lagos, NAFDFAC Director General Prof. Mojisola Adeyeye said the workshop was being organized to facilitate better Code compliance in Nigeria to protect optimal infant and young child feeding through promotion, protection and support for exclusive breastfeeding.

The DG who was represented by Dr. Eva Edwards, Deputy Director, Food Safety and Applied Directorate Division of the agency listed the continued violation of the International code of marketing of breastmilk substitutes (BMS) and national regulations by manufacturers of BMS products as one of the challenges facing full adoption of exclusive breastfeeding by Nigerians.

“The knowledge and lack of awareness of stakeholders including the media, has also contributed to the gravity of violations currently being practiced in Nigeria. This has necessitated the need for the Regulatory Agency in collaboration with relevant partners to aggressively address this unpleasant situation through interventions including effective sensitization of all stakeholders,” she said.

The DG noted that Nigeria voted for the adoption of the International Code of Marketing of Breast Milk Substitutes in 1981 adding that the country is expected to implement all its provisions in their entirety as a minimum requirement for its implementation through appropriate national measures including legislation. “National legislation to implement the Code may, therefore, be stronger but, certainly, not weaker than its provisions,” the DG added.

Prof. Adeyeye said further: “By the provisions of Act 22 of 1999, NAFDAC was specifically designated as the Regulatory Agency concerned with Code implementation, enforcement and monitoring in Nigeria. The Agency subscribes to facilitating implementation through collaboration, consultation interaction and enforcement.

“This will enable us achieve the principles and aim of the Code to guarantee optimal infant and young child feeding in the country. “I therefore charge all participants at this workshop to wake up to their responsibilities and ensure proper understanding of every issue pertaining to the Code,” the NAFDAC DG said.

In a presentation titled “Update on Infant and Young Child Nutrition Progress in Nigeria,” The Public Health Nutritionist, Federal Ministry of Health, Mrs Kobata Thompson told the editors that adequate nutrition during infancy and early childhood is fundamental to child’s growth and development to full potential.

According to her, well over two-thirds of U5 deaths in Nigeria, which are often associated with inappropriate feeding practices, occur during the first year of life.

She cited the 2013 National Demographic Health Survey showing that 47 percent of children under age 6 months were given plain water, 5 percent received other milk, and 23 percent were fed complementary foods in addition to breast milk adding that poor feeding practices remain the most serious obstacles to attaining and maintaining health that face children under the age of five in Nigeria.

Mrs. Thompson further gave some highlights of the code:

• Babies should be breastfed. If babies are not breastfed, for whatever reason, safe feeding on the best available nutritional alternative as BMS should be available when needed, but not be promoted.

• Infants should initiate breastfeeding within one hour of birth and be exclusively breastfed for the first six months of life.

• Thereafter, to meet their nutritional requirements, infants should receive adequate and safe complementary foods while breastfeeding continues up to two years of age and beyond.

• Exclusive breastfeeding from birth is possible for most women; except for a few medical conditions, such as maternal medication with radioactive substances.

• Exclusive breastfeeding as often as the baby wants results in ample milk production.

According to her, breastmilk substitutes (BMS) pose the risks of not having breast milk’s protective qualities through the high risk of contamination that can lead to life-threatening infections in young infants.

“Infant formula is not a sterile product and it may carry germs that can cause fatal illnesses. Artificial feeding is expensive, requires clean water, the ability of the mother or caregiver to read and comply with mixing instructions and a minimum standard of overall household hygiene; these factors are not readily met in many households in the Country including Lagos.

In another presentation, Mrs Ummulkhairi Bobboi a NAFDAC assistant director, highlighted the provisions of the Code of Marketing and of Breastmilk Substitutes to participants and urged that the media should always rely on only NAFDAC for relevant information on its requirements.

The Code provides guidance on ending the inappropriate promotion of foods for infants and young children, with the aim to promote, protect and support breastfeeding, prevent obesity and non-communicable diseases, promote healthy diets, and ensure that caregivers receive clear and accurate information on feeding.