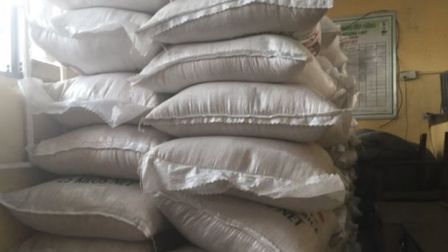 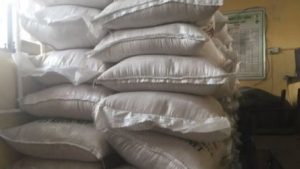 The Minister of Health, Prof. Isaac Adewole, has dismissed claims about the presence of plastic rice in  Nigeria.

In two tweets, yesterday, through his twitter handle; @IsaacFAdewole, the Health minister said preliminary tests and results proved no rice in the country was plastic.

He noted that some of the impounded rice, when cooked, had “normal odour,” “normal colour” and was “off white.”

According to him,  the Director General of the National Agency for Food, Drugs, Administration and Control (NAFDAC), Dr. Oluremi Oni had also informed him that there is no such rice in Nigeria.

The Nigerian Customs Service had announced on Wednesday December 21 that it had confiscated 2.5 tonnes of “plastic rice”  at a warehouse in Ikeja, Lagos.  According to the Customs Area Comptroller (CAC), Federal Operations Unit, Zone ‘A’, Ikeja; Comptroller Haruna Mamudu,  the seized 102 bags of  plastic rice at had been packaged for sale during the yuletide  and were to be evacuated before his men  swooped on the managers of the warehouse.

Mamudu said the imported rice, which was branded as ‘best tomato’, had no manufacture, expiry date and NAFDAC registration number.

“Only God knows what would have happened if people ate it,” he said.

How to identify plastic rice

UNICEF appeals for aid to fight yellow fever in Angola