The United Nations Population Fund (UNFPA) has called on countries where women suffer the burden of fistula to urgently develop strategy to save them.

In a statement to commemorate the 2018 International Day to End Fistula, today May 23, UNFPA Director-General, Dr Natalia Kanem, also urged the countries to end socio-cultural factors leading to fistula such as child marriage, poor health systems and low ante-natal attendance.

UNFPA estimates there are over two million women in developing countries currently living with fistula.

Apart from the health challenges posed by the condition, it often leaves affected women incontinent, and at the precipice of abandonment by their husband and family.

Since 2003, UNFPA, leader of the global Campaign to End Fistula, has, with its partners, supported nearly 100,000 life-transforming surgeries to heal the physical and psychological wounds of fistula survivors, Kanem said in the statement made available to Nigeria Health Online by Nigeria’s Country Office of UNFPA.

Nigeria is among the countries with high prevalence of fistula. UNFPA and partners have repaired many women in Nigeria, especially in northern part of the country where child marriage is common, and has also empowered them.

UNFPA believes that fistula, a childbirth injury caused by prolonged, obstructed labour without prompt medical attention, is silently robbing millions of women and girls of their health, hope and dignity across the globe.

It argued that pregnancy and childbirth should be among the happiest of occasions in a woman’s life, but unfortunately, that has not been the case for many of the world’s poorest and most marginalized women.

Kanem says the condition which has been virtually eliminated in wealthier countries, is a serious human rights violation, a reflection of health systems’ failures, and a tragic sign of global social injustice and inequity.

“Many fistula survivors, like Amina Mba from Cameroon, are girls who become pregnant while still physically immature. After being married off as a child, Amina became pregnant at 13 and developed a fistula due to obstructed labour.

The condition left her incontinent, and the stigma left her alone to fend for herself, after being abandoned by her husband and family,” said the DG. Amina was healed last year after living with fistula for seven years. Yet, more than two million women and girls worldwide still suffer from the condition,” added the DG. 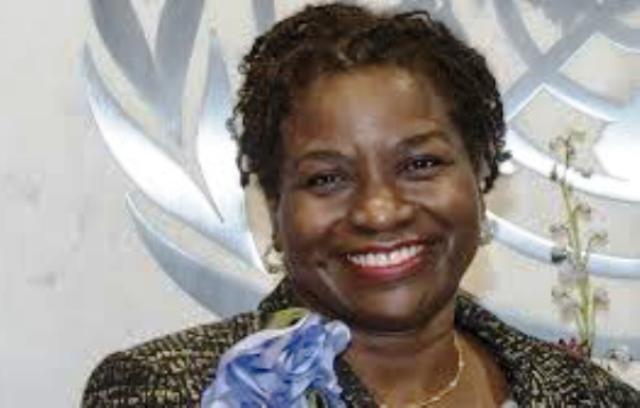 The global Sustainable Development Goals are a bold and aspirational call to leave no one behind, especially those most marginalized, forgotten, and voiceless.

The theme of this year’s International Day to End Obstetric Fistula, “Leaving no one behind: let us commit to ending fistula now!,’ underscores the stark reality that failing to eliminate fistula jeopardizes the world’s chances of attaining many of these goals. The statement further reads:

“It is time we end the needless suffering caused by fistula, in keeping with the 2030 Agenda and the Sustainable Development Goals. Let us commit to putting the furthest behind first and ensuring human rights, well-being and dignity for all. UNFPA is committed to ending fistula within a generation, and we call upon the world to join us in this bold endeavour,” said the organization.

Every day, more than 800 women die from pregnancy-related complications. For every woman who dies, 20 or more are injured or disabled. One of the most serious injuries of childbearing is obstetric fistula, a hole in the birth canal caused by prolonged, obstructed labour in the absence of timely and adequate medical care. Fistula has been virtually eliminated in developed nations, but in the developing world, it is estimated that more than two million women and girls are still living with the condition.

However, the condition is preventable and, in most cases, can be repaired surgically. It is estimated that between 50,000 and 100,000 new fistula cases occur each year.

While significant progress has been made, far more needs to be done. Most women and girls living with fistula will never receive treatment because of a lack of services or because the procedure is unaffordable.

Many women and girls who suffer from fistula are ostracized from daily community life and abandoned by their husbands and families, isolating them socially and emotionally, also making it difficult to maintain sources of income or support, thus deepening their poverty and magnifying their suffering.

The persistence of fistula reflects broader health inequities and health-care system constraints, as well as wider challenges facing women and girls, such as poverty, gender and socioeconomic inequality, lack of schooling, child marriage and early childbearing, all of which impede the well-being of and opportunities for women and girls.

It is important that countries and the international community are encouraged to significantly step up efforts to ensure that every potential new case of fistula is prevented and every woman or girl suffering from fistula is treated and receives adequate follow-up, social reintegration and rehabilitation support.

In this way, in the spirit of the Sustainable Development Goals (SDGs), the world can reach those “furthest behind” and achieve “hope, healing, and dignity for all”.

Eliminating fistula is a key element of “leaving no-one behind” and the world cannot claim to have achieved the SDG targets if there is still a woman/girl left in the world who is suffering from fistula and being neglected. Thus, it is critical to integrate fistula into the national-level planning for the SDGs.

UNFPA should take every opportunity to incorporate fistula into national-level planning to achieve the SDGs, including countries’ targets and indicators under the SDGs, especially in relation to Goals 1 (poverty), 3 (health), 4 (education), 5 (gender equality), 10 (inequalities), and 17 (partnerships).

It is grave injustices that around the world, in the 21st century, the poorest, most vulnerable and marginalized women and girls suffer needlessly from a devastating condition that is both preventable and largely treatable, and has been virtually wiped out of the industrialized world.

Now is the time to end this severely neglected health and human rights tragedy. The world should be deeply committed to ending obstetric fistula within a generation.

Promoting quality, preventing fistula – prevention is the best medicine when it comes to fistula. Each new case should, and can, be prevented when women get timely high-quality maternity care, including skilled birth attendance, midwifery care and emergency obstetric care. 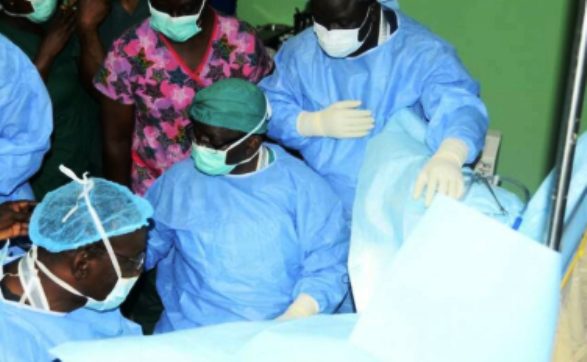 Commendably, UNFPA is addressing fistula prevention (as well as prevention of maternal & new-born mortality and morbidity and stillbirth) through its global midwifery programme, which is active in over 120 countries, as well as through its Emergency Obstetric and Newborn Care programming.

To end fistula, the world, especially developing countries, must ensure universal access to quality sexual and reproductive health services, eliminate gender-based social and economic inequities, prevent child marriage and early childbearing, promote education and broader human rights and foster community participation in finding solutions. This requires the active involvement of men as well as seeking the help of fistula survivors as advocates. Ensuring access to fistula treatment (surgical repair) for all women and girls is also a key strategy for eliminating it.

Every fistula-affected nation should develop an inclusive costed, time-bound national strategy and action plan to end fistula within a generation, as part of an overall strategy to ensure universal access to quality sexual and reproductive health and rights and as a key element of achieving the SDGs.

Countries are also encouraged to form a national task force on fistula (led by the Ministry of Health/government) to bring together all key stakeholders to develop and implement this critical strategy and action plan. The global community needs to significantly intensify support to nations with the greatest need.

Every fistula-affected nation is strongly encouraged to systematically register and track each woman and girl who has or has previously had a fistula. Many of those who developed a fistula during delivery remain untreated and many who have received surgical treatments do not receive the necessary medical and psychosocial follow-up, which puts them at risk in subsequent pregnancies.

Systematically registering and tracking each woman and girl who has, or has previously had, a fistula helps to ensure, not only their long-term well-being, but also theirs and their babies’ survival in all subsequent pregnancies.

Community health workers equipped with simple, yet powerful, technologies, such as mobile phones, can play a vital role in these tracking initiatives.

Harnessing the power and potential of technology will be a game changer to end fistula. Technology, such as mobile phones, enables us to connect and accelerate the spread of information about preventing and treating obstetric fistula. A film released on the International Day to End Obstetric Fistula 2014 from UNFPA/Tanzania highlights the vital role that technology plays in helping end fistula.

It is believed that if more like-minded organizations and well-to-do individuals join UNFPA in the fight against fistula, the condition would be sooner than expected become a history, globally.

UNFPA currently leads and coordinates the Campaign to End Fistula – representing nearly 100 partner agencies at the global level and hundreds of others at the national and community levels. Over the last 15 years,

UNFPA has directly supported more than 100,000 surgical repairs for women and girls, with more than 18,000 surgeries in 2017 alone. Partners have supported thousands more. The Campaign is present in more than 50 countries in Africa, Asia, the Arab Region and Latin America.

In 2017, in recognition of its exemplary global leadership and advocacy towards ending this preventable and largely treatable health and human rights tragedy, UNFPA’s Campaign to End Fistula was honoured to receive the Women’s Empowerment Award from the UNFCU Foundation.

An independent evaluation has reported that the Campaign to End Fistula has enhanced the visibility and knowledge of fistula worldwide. Yet, it is critically under-funded and needs far more financial and human resources to achieve its goal.”