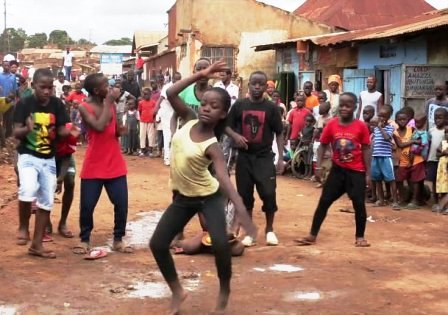 Some of Nigeria’s out-of-school children

The United Nations Children Education Fund (UNICEF), has called on the Federal Government to review the 10.5 million out of school children, so as to get close to accurate figures to work with.

It would be recalled that in order to address poverty related reason for non enrollment of children in schools, UNICEF initiated the Cash Transfer Programme (CTP), in 2014 in two states , Niger and Sokoto.

Female caregivers of girls within the ages of 6 to 15 in the catchment areas of selected schools with the highest proportion of out-of-school girls are eligible with the girl child as the intended beneficiary to receive N5,000 per transfer per term (3 terms per year), supported by sensitisation campaign educating caregivers about importance of girls’ enrollment in school.

According to Azuka, “For UNICEF, CTP has been successful because it was targeted at addressing the economic barrier in education. Definitely, there should be a review of 10.5 million out of school children because lots of interventions are ongoing, even the Federal Government is also intervening in different areas. Massive campaigns are ongoing by UNICEF, so it is expected the numbers would have reduced but don’t forget we have population issues.

“It is important that a survey is done so that we would be able to know exactly the number of out of school children,” she said.

Menkiti also stressed that it is imperative for stakeholders to change the mind sets of some people about enrolment of girl child in school.

Meanwhile, the Sokoto State Government revealed it has invested N500,000,000 in 2017 to improve girls enrolment in school in the state.

Aminu Tambuwal, Governor of Sokoto state, who was represented by the State Commissioner for Higher Education, Muhammad Kilgori, said the investment was to compliment UNICEF efforts in ensuring access, quality and strengthening governance in girls education.

“We are very much concern about girl-child education. Our target is to ensure that all the 23 local government areas benefit from this programme as against the six that are currently benefitting.

“We have engaged with traditional rulers to mobilise and sensitise their communities on the need to partake on the CTP,” he said.

Similarly, Sa’ad Abubakar, the Sultan of Sokoto noted that through the programme in the state had recorded remarkable achievements in terms of school enrollment, empowerment, drastic reduction of street hawking among the girls.

Represented by Sani Jabbi, District Head of Gagi, said majority of their girls are now in school.

He added that 12,911 beneficiaries would be paid in the first phase of the star owned Cash Transfer Sustainability plan.

Tobacco use is falling, but not fast enough, new WHO report reveals on World No Tobacco Day