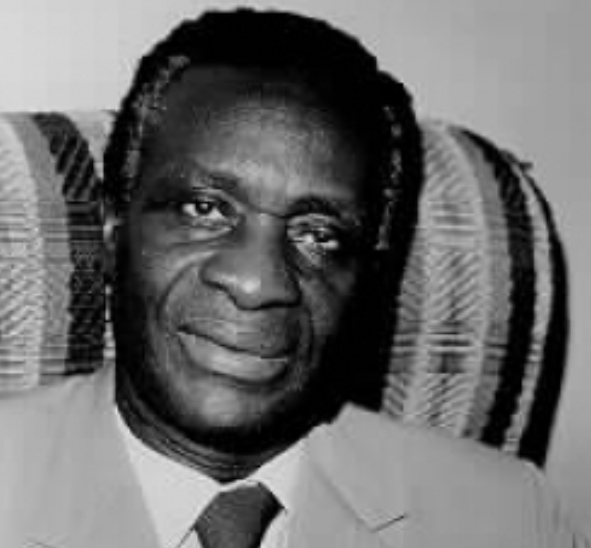 Protocols
This is a ‘double-barreled’ assignment. One barrel is for the lecturer, representing an area of abiding interest and the other for Professor Adeoye Lambo, distinguished Psychiatrist, and erstwhile Deputy Director General of the World Health Organisation, whose life we are celebrating through this annual activity.

DEFINITIONS
Arts (‘The Arts’)
Antonyms: craft, profession, dexterity, artistry, knowledge, adroitness, ingenuity, mastery, imagination, know-how, aptitude, inventiveness.
Wordweb (based on latest edition of Chambers dictionary) ‘The products of human creativity; works of art collectively. The creation of beautiful, significant things.
From ancient times, Arts, and the people with ‘artistic’ talents, have played a prominent role in the lives of society. The importance of the Arts transcends the life of the artist (there has been more money paid on Picasso’s works since he died than in all the years of his life). It transcends the life of society itself. When societies, cultures and civilisations die, such as ancient Pompeii, the Roman Empire, or ancient Egypt, the Arts – in the form of architecture, artifacts, paintings, sculptures and implements are taken as the evidence of the quality of life and level of attainment of the society.
‘The creation of beautiful significant things’ can cover a very wide area in different cultures. It covers oral and written literature, drama, poetry, music, drawing, painting, and sculpture. It covers design, which in the present day has been interwoven into virtually every aspect of life, including electronic and mechanical devices that functionally would not normally be related to ‘Art’. One of the prime selling points of the Apple brand is the ‘minimalist’ art design that is reflected in every item it produces. It is reflective of the importance and ubiquity of ‘Art’ in modern life, that ‘smart phones’ are now no longer ‘just’ phones, but works of art that in some future age will provide information to curious generations yet to come about the lives and times of the present generation.
The connection between all creators of Art – whether it is a Picasso and his giant paintings, or an Achebe and his literature, is the possession and expression of ‘Creativity’.
We may seek to explain the concept of ‘Creativity’ as a situation involving the possession and display of a quantity that may be described as talent, inventiveness, ingenuity, genius, originality, inspiration.
It is easy to mistake the concept for ‘brilliance’ – a factor which is reflected scientifically by the measurement of ‘Intelligence’. And yet they are not quite the same. While most people with strong creative talent have Intelligence Quotients of 120 and above), the ‘superior’ performance of the writers tends to be in the WAIS vocabulary subtest. (Andreasen et al, 1988).
It is natural to expect that people who create beautiful things, and who bring pleasure to other people and enhance the culture of humanity by their works should be held in high esteem by society, and should generally live happy secure fulfilled lives, based on the value of their outputs. Indeed many creative people are able to make huge incomes from their works, and many have all through time enjoyed celebrity status. However, on casual inspection an even larger number appear to have lived or to be living troubled lives ravaged by penury, social dislocation, broken relationships, and isolation and illness, especially mental illness. Many have committed suicide or various acts of deliberate self-harm. School children, learning Art, are mystified when they are told the story of Vincent Van Gogh, who cut off his own left ear and handed it to a prostitute with an instruction to ‘preserve this package carefully’, before returning home to collapse from the attendant haemorrhage. The famous writers Ernest Hemingway and Virginia Wolf committed suicide in what are assumed to have been states of disturbed mental functioning.
Such observations have led some scientific enquirers to look for evidence of a putative relationship between Creativity and Mental illness. There are depictions in the media about famous individuals who had evidence of formal mental illness. An example is ‘A Beautiful Mind’ – a major Hollywood movie, based on a biography of John Forbes Nash, a mathematical genius who won the Nobel Prize in Economics even as he battled with Schizophrenia. The book is written by Sylvia Nasar, and the film stars Russell Crowe. Such works have tended to imprint in the popular perception the notion that there is an association between innovative, creative talent and Schizophrenia. For some time there were romantic notions – especially in anti-Psychiatry circles, that Schizophrenia, far from being an illness, could be a ‘cool’ condition – a higher state of perception and experience that ordinary mortals disparaged because they failed to understand it.
Is there any Science at all to this line of thinking?
Much of the early research interest was actually focused on exploring a putative relationship between Creativity and Schizophrenia.
In a study published in 1926, Ellis (Ellis, 1926) selected 1,020 eminent people in the UK. They included politicians, scientists and artists. They were actually selected more for their fame than any proven creative talent. He found that 4.2% of his sample were ‘insane’, 8% were ‘melancholic’, 5% had ‘personality disorder’.
Brain (Brain, 1948) observed that ‘geniuses’ were more ‘nervous’ than other people. When they broke down, the diagnosis was often ‘cyclothymia’.
Juda (Juda, 1949) in a paper titled ‘The relationship between high mental capacity and abnormalities’ examined the medical records of 113 artists and 18 scientists. He found personality disorder as the commonest diagnosis. Artists who had abnormalities tended to show alcoholism and schizophrenia, while scientists appeared to suffer more from affective disorder.
Lumbroso (Lumbroso, 1981) introduced the idea of ‘hereditary taint’ to describe the relatively frequent appearance of ‘genius’ (defined as exceptional talent) along with ‘madness’ (psychotic illness).

Now we come to Politics and the Mental Health of Politicians

Is mental illness more common among politicians than among a control group of other citizens? The answer – we don’t have any such evidence.
We have been seen anecdotal evidence and mostly impressionistic accounts from the literature of prominent politicians displaying evidence of illness, whether in our out of office.
It is difficult, but necessary eventually, to systematize the knowledge and distill it into a protocol. What would happen if a person became psychotic in office, but had no insight and refused to quit, or to have treatment? And what if a person became ill in office, was treated, and then became well? As example, King Nebuchadnezzar, who had a psychotic illness in pre-psychiatric times eventually recovered from his psychosis and returned to the throne of Babylon, resuming work as the most powerful king in the world. Clearly, during the active illness, a professional and legal mechanism must have existed in Babylon thousands of years ago to declare the King temporarily incompetent, and after treatment and recovery, a competent authority must have declared him fit for resumption of work and responsibility. It is necessary to look at the existing stipulations in our legal statutes and Public Service Rules concerning ‘Medical Fitness’ and the constitution and function of a Medical Board to see if they fully meet the needs of this situation in all its possible ramifications, or if they need to be expanded and tightened further to protect the public. The example of the State Governor given earlier is very instructive in this regard.
Regarding the tendency to behave in an ethically inappropriate manner, throwing the public good overboard, the best protection against this genre of politics and politicians would seem to be not the psychiatrist, but the painstaking building of institutions that would limit the latitude of office holders to behave badly. Here a quote from Barack Obama comes in handy. ‘What Africa needs is not strong men, but strong institutions’.
The truth of course is that if perfidy is rewarded, if the chances of catching a corrupt official remain next to zero, if people who steal public funds are lionized by their kin instead of being denounced and sent to prison, we would be simply medicalising a social problem by thinking the intervention of mental health professionals can have an impact in the matter.
Mental Health care professionals realizing this need to line up behind the drive to build strong institutions and embark on wholesale behavior change, driven partially by coercion, but also by education and social suasion. Their role could be to help to provide the content that would go into education and social marketing and advocacy to drive this change.
This painstaking collaboration is the only way Psychiatrists, working with others can achieve the dream of Prof Thomas Adeoye Lambo for a political landscape in which the common good is the overriding objective of the majority of the players. I believe we all owe it to his memory to contribute, using our Science, to the institutionalization of that behavior change that will take our society to a better place.

And I thank you for listening.

49 per cent of Nigerian women are anaemic, experts say