Breast cancer now most common form of cancer – WHO 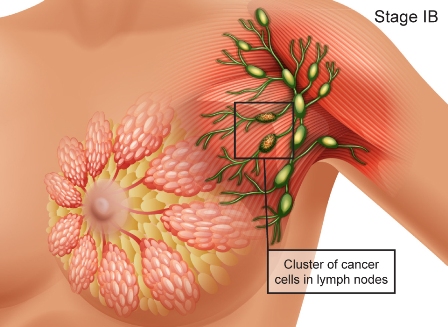 This is according to statistics released by the International Agency for Research on Cancer (IARC) in December 2020.

WHO stated this in a statement posted on its website to commemorate the World Cancer Day, globally celebrated on Feb. 4,  to raise awareness of cancer and to encourage its prevention, detection and treatment.

“Today, WHO hosted the first of a series of consultations in order to establish a new global breast cancer initiative which will be launched later in 2021.

“This collaborative effort between WHO, IARC, the International Atomic Energy Agency and other multi-sectoral partners, will reduce deaths from breast cancer by promoting breast health, improving timely cancer detection and ensuring access to quality care.

“WHO and the cancer community are responding with renewed urgency to address breast cancer and to respond to growing cancer burden globally that is straining individuals, communities and health systems,’’ it stated.

In the past two decades, the UN health agency said the overall number of people diagnosed with cancer nearly doubled from an estimated 10 million in 2000 to 19.3 million in 2020.

“Today, one in five people worldwide will develop cancer during their lifetime.

“Projections suggest that the number of people being diagnosed with cancer will increase still further in the coming years and will be nearly 50 per cent higher in 2040 than in 2020.

According to WHO, changes in lifestyle, such as unhealthy diets, insufficient physical activity, use of tobacco and harmful use of alcohol, have all contributed to the increasing cancer burden.

It stated that a significant proportion could also be attributed to increasing longevity as the risk of developing cancer increased with age.

“This reinforces the need to invest in both cancer prevention and cancer control, focusing on actionable cancers like breast, cervical and childhood cancers.

“These occur everywhere but particularly in low- and middle-income countries.

“In addition to having to cope with the disruption of services, people living with cancer are also at higher risk of severe COVID-19 illness and death,” it said.

According to the statement, WHO survey conducted in 2020 indicated that treatment for cancer had been disrupted in more than 40 per cent of countries surveyed during the pandemic.

It stated that findings of the survey had been backed up by published studies indicating that delays in diagnosis are common, while interruptions to and abandonment of therapy had increased significantly.

“Meanwhile, enrolment in clinical trials and research output has declined; all stakeholders are working to respond. Some governments have been enabling their populations to seek cancer care safely.

“Health professionals have adapted treatment to meet the needs of their patients, including through the use of telemedicine and civil society has supported patients by helping them coordinate their appointments and complete their treatment plans,” it said.

According to the agency, World Cancer Day, with its slogan “I can and I will”, is also an opportunity to show WHO’s commitment to other major global cancer programmes, on cervical cancer and childhood cancer.

“The adoption of the global strategy to accelerate the elimination of cervical cancer as a public health problem and its associated goals and targets by the World Health Assembly in 2020, has provided added momentum to cervical cancer efforts.

In addition, the UN health agency said cancer was also a leading cause of death for children and adolescents, with an estimated 400,000 children diagnosed with cancer each year.

“On International Childhood Cancer Day, Feb. 15, WHO will be releasing a “how-to” guide for policy-makers and programme managers on strengthening childhood cancer programmes.

“It is a new assessment tool to facilitate harmonised data collection and to enable expedited, real-time interpretation of collected data on cancer among children and an online community-of-practice information-sharing hub for childhood cancer.

“Breast, cervical and childhood cancers all have a high chance of cure if diagnosed early and treated appropriately.

“This World Cancer Day, WHO is moving ahead with our partners around the world in efforts both to prevent and control cancer and also to provide support to all people living with cancer, wherever they live and whatever their circumstances,’’ it stated. (NAN)