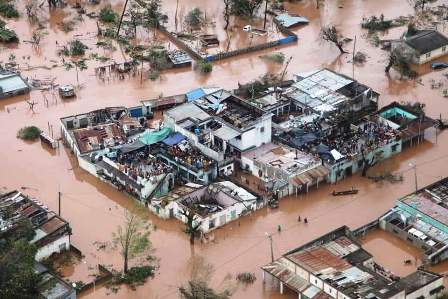 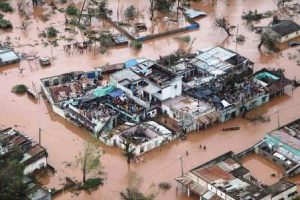 The World Health Organization (WHO) is providing urgent assistance to meet the health needs of thousands of people impacted by flooding in Malawi, Mozambique and Zimbabwe. The floods were triggered by Tropical Cyclone Idai, which swept through the region last week.

Cyclone Idai, which formed over the northern Mozambique channel, made landfall at the port of Beira and left 500 000 residents without power and means of communication. The Government of Mozambique estimates that more than 1 000 people may have died, with 600 000 persons affected in the northern provinces of Niassa, Tete and Zambezia.

The United Nations Office for the Coordination of Humanitarian Affairs estimates that a total of 1.6 million people have been affected in the three countries.

Given the disruption of health services, WHO and partners are supporting all three governments in ramping up the health response to the disaster. Deployed over the weekend, an initial surge team of WHO experts is working with the three health ministries and other partners to target support where it is needed most. WHO has already dispatched medicines for injuries and primary health care (including malaria treatment) to the affected countries. The supplies cover the primary health care needs for 10 000 people for three months, including treatment for severely injured persons.

WHO is deploying a full incident management team to Mozambique for scaling up the health response. Similar response actions with the deployment of health experts, medicines and medical materials and equipment are also ongoing for Malawi and Zimbabwe.

With most of the affected populations now housed in temporary shelter centres, the emergency supplies are providing support to outreach clinics and to better manage potential outbreaks of waterborne diseases, among others in those centres.

“The displacement of large numbers of people and the flooding triggered by Cyclone Idai significantly increases the risk of malaria, typhoid and cholera,” said Dr Matshidiso Moeti, WHO Regional Director for Africa. “WHO stands with the affected people and is organizing assistance to address their urgent health needs.”

State authorities in the three countries continue search and rescue missions. In Malawi, 922 000 people have been affected, with 82 700 people displaced, 577 injuries and 56 deaths. The cyclone also stormed through Chimanimani District in Zimbabwe, causing 65 deaths and displacing between 8 000 and 9 600 people.