Youyou Tu the Chinese scientist who discovered artemisinin, now the drug of choice for the treatment of malaria, has won the 2015 Nobel Prize for medicine or physiology. She is to share the award with two others, Irish parasitologist William C. Campbell and Japanese microbiologist Satoshi Omura for their discovery of ivermectin, which has dramatically reduced the incidence of river blindness and lymphatic filariasis.
According to the Nobel committee, the treatments have improved the lives of 3.4 billion people.
Below is the full text of the statement from the Nobel Assembly at Karolinska Institutet on the Prize.
“The Nobel Assembly at Karolinska Institutet has today decided to award the 2015 Nobel Prize in Physiology or Medicine with one half jointly to William C. Campbell and Satoshi Ōmura for their discoveries concerning a novel therapy against infections caused by roundworm parasites and the other half to Youyou Tu for her discoveries concerning a novel therapy against Malaria
Diseases caused by parasites have plagued humankind for millennia and constitute a major global health problem. In particular, parasitic diseases affect the world’s poorest populations and represent a huge barrier to improving human health and wellbeing. This year’s Nobel Laureates have developed therapies that have revolutionized the treatment of some of the most devastating parasitic diseases.
William C. Campbell and Satoshi Ōmura discovered a new drug, Avermectin, the derivatives of which have radically lowered the incidence of River Blindness and Lymphatic Filariasis, as well as showing efficacy against an expanding number of other parasitic diseases. Youyou Tu discovered Artemisinin, a drug that has significantly reduced the mortality rates for patients suffering from Malaria.
These two discoveries have provided humankind with powerful new means to combat these debilitating diseases that affect hundreds of millions of people annually. The consequences in terms of improved human health and reduced suffering are immeasurable. 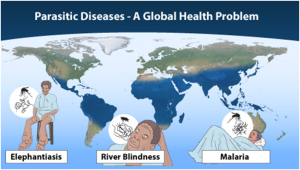 Figure 1: The 2015 Nobel Prize in Physiology or Medicine awards discoveries regarding novel therapies for some of the most devastating parasitic diseases: River Blindness, Lymphatic Filariasis (Elephantiasis) and Malaria. The distribution of these diseases is quite similar and is collectively shown in blue on the world map.
Parasites cause devastating diseases
We live in a biologically complex world, which is populated not only by humans and other large animals, but also by a plethora of other organisms, some of which are harmful or deadly to us.
A variety of parasites cause disease. A medically important group are the parasitic worms (helminths), which are estimated to afflict one third of the world’s population and are particularly prevalent in sub-Saharan Africa, South Asia and Central and South America. River Blindness and Lymphatic Filariasis are two diseases caused by parasitic worms. As the name implies, River Blindness (Onchocerciasis) ultimately leads to blindness, because of chronic inflammation in the cornea. Lymphatic Filariasis, afflicting more than 100 million people, causes chronic swelling and leads to life-long stigmatizing and disabling clinical symptoms, including Elephantiasis (Lymphedema) and Scrotal Hydrocele (Figure 1).
Malaria has been with humankind for as long as we know. It is a mosquito-borne disease caused by single-cell parasites, which invade red blood cells, causing fever, and in severe cases brain damage and death. More than 3.4 billion of the world’s most vulnerable citizens are at risk of contracting Malaria, and each year it claims more than 450 000 lives, predominantly among children (Figure 1).
From bacteria and plants to novel anti-parasite therapies
After decades of limited progress in developing durable therapies for parasitic diseases, the discoveries by this year’s Laureates radically changed the situation.
Satoshi Ōmura, a Japanese microbiologist and expert in isolating natural products, focused on a group of bacteria, Streptomyces, which lives in the soil and was known to produce a plethora of agents with antibacterial activities (including Streptomycin discovered by Selman Waksman, Nobel Prize 1952). Equipped with extraordinary skills in developing unique methods for large-scale culturing and characterization of these bacteria, Ōmura isolated new strains of Streptomyces from soil samples and successfully cultured them in the laboratory. From many thousand different cultures, he selected about 50 of the most promising, with the intent that they would be further analyzed for their activity against harmful microorganisms (Figure 2). 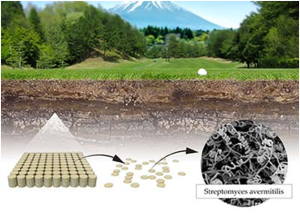 Figure 2: Satoshi Ōmura searched for novel strains of Streptomyces bacteria as a source for new bioactive compounds. He isolated microbes from soil samples in Japan, cultured them in the laboratory (inset to left) and characterized many thousands of Streptomyces cultures. From those, he selected around 50 cultures that appeared most promising, and one of these cultures later turned out to be Streptomyces avermitilis (inset to right), the source of Avermectin.
Related Posts

William C. Campbell, an expert in parasite biology working in the USA, acquired Ōmura’s Streptomyces cultures and explored their efficacy. Campbell showed that a component from one of the cultures was remarkably efficient against parasites in domestic and farm animals. The bioactive agent was purified and named Avermectin, which was subsequently chemically modified to a more effective compound called Ivermectin. Ivermectin was later tested in humans with parasitic infections and effectively killed parasite larvae (microfilaria) (Figure 3). Collectively, Ōmura and Campbell’s contributions led to the discovery of a new class of drugs with extraordinary efficacy against parasitic diseases. 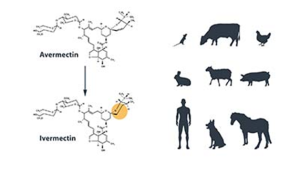 Figure 3: William C. Campbell discovered that one of Ōmura’s Streptomyces cultures was very effective in killing off parasites and the active compound, Avermectin, was purified. Avermectin was further modified to Ivermectin, which turned out to be highly effective in both animals and humans against a variety of parasites, including those that cause River Blindness and Lymphatic Filariasis.

Malaria was traditionally treated by chloroquine or quinine, but with declining success. By the late 1960s, efforts to eradicate Malaria had failed and the disease was on the rise. At that time, Youyou Tu in China turned to traditional herbal medicine to tackle the challenge of developing novel Malaria therapies. From a large-scale screen of herbal remedies in Malaria-infected animals, an extract from the plant Artemisia annua emerged as an interesting candidate. However, the results were inconsistent, so Tu revisited the ancient literature and discovered clues that guided her in her quest to successfully extract the active component from Artemisia annua. Tu was the first to show that this component, later called Artemisinin, was highly effective against the Malaria parasite, both in infected animals and in humans (Figure 4). Artemisinin represents a new class of antimalarial agents that rapidly kill the Malaria parasites at an early stage of their development, which explains its unprecedented potency in the treatment of severe Malaria. 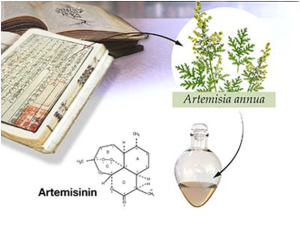 Figure 4: Youyou Tu searched ancient literature on herbal medicine in her quest to develop novel malaria therapies. The plant Artemisia annua turned out to be an interesting candidate, and Tu developed a purification procedure, which rendered the active agent, Artemisinin, a drug that is remarkably effective against Malaria.
Avermectin, Artemisinin and global health
The discoveries of Avermectin and Artemisinin have fundamentally changed the treatment of parasitic diseases. Today the Avermectin-derivative Ivermectin is used in all parts of the world that are plagued by parasitic diseases. Ivermectin is highly effective against a range of parasites, has limited side effects and is freely available across the globe. The importance of Ivermectin for improving the health and wellbeing of millions of individuals with River Blindness and Lymphatic Filariasis, primarily in the poorest regions of the world, is immeasurable. Treatment is so successful that these diseases are on the verge of eradication, which would be a major feat in the medical history of humankind. Malaria infects close to 200 million individuals yearly. Artemisinin is used in all Malaria-ridden parts of the world. When used in combination therapy, it is estimated to reduce mortality from Malaria by more than 20% overall and by more than 30% in children. For Africa alone, this means that more than 100 000 lives are saved each year.
The discoveries of Avermectin and Artemisinin have revolutionized therapy for patients suffering from devastating parasitic diseases. Campbell, Ōmura and Tu have transformed the treatment of parasitic diseases. The global impact of their discoveries and the resulting benefit to mankind are immeasurable.”