...Highlight what should be done to attain UHC 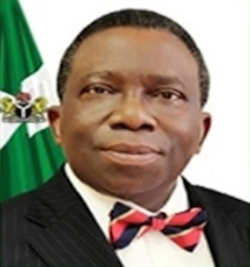 Delegates from the Institute were on tour of the Bill & Melinda Gates Foundation and development Research and Project Centre (dRPC) to assess their capacity to continue with their commitments to the country’s UHC.

The Foundation and dRPC have distinctively intervened in the nation’s health systems to include polio eradication, maternal and child health, family planning, PHCs development, immunization among others.

With the support of the country’s President, government-owned NIPSS chooses an area of the economy each year and ensures it is improved upon. For this year, it is the turn of the health sector, and universal health coverage is the focus!

Leader of the delegation, Air Vice Marshal Dahiru Sanda, said: “We are here for strategic tour of strategic institutions that have relevance to funding universal health funding in Nigeria. Specifically, we are here for Bill and Melinda Gates and dRPC.

He noted that his team was Study Group Six in the National Institute’s set 41, and that recommendations would be made on the organizations after the tour.

He commended the two organizations “for their long-standing collaboration since 2006 which resulted into sponsorship of the Institute in executive course on gender-based budgeting, maternal health, leadership development in Reproductive Health for State Executive, Legislators, Judiciary and Local Government Functionaries, and Base Line Survey on Advocacy in Child and Family Health Fund.”

Earlier in her remark, Country Director, dRPC, Dr. Judith-Ann Walker, had said since the organization began operations in 1995, it remained committed to assisting programmes of governments.

According to her, dRPC started working with NIPSS in 2006. And from then, it had done a lot in collaboration. She said the organization also hold government to account. “Working with government doesn’t mean you have a free pass, or when you bring civil societies, government entities and duty bearers that we are just celebrating nice things. No. we also support civil society organizations to hold government to account.
“We believe in transparency, accountability, and we believe that government believes in that,” she said.

She reiterated the need for CSOs and government to keep working together for the good of people in the nation.

In his remarks, Director, Nigeria Country Office, Bill and Melinda Gates, Dr. Paulin Basinga, highlighted areas his organizations had intervened in the nation’s health and agricultural sectors, including challenges identified.

He emphasized that without functional primary health care systems, the country would not attain UHC.

“What we’ve realized is that majority of Nigerians, almost 90 percent of them, if you have effective primary health care system, you will be able to solve almost all the issues that need. Only 10 percent of the issues that they need will go to secondary and tertiary health care. But, unfortunately, when you look at the level of funding that goes to tertiary level of care, the majority of the money stays at the tertiary level.”

He however noted that at the Foundation, “we’ve made a strategic decision to only fund primary health care.”
Basinga also told participants at the meeting that Nigeria would be facing huge trouble of having majority of the world’s poorest if it fails to invest in its citizens.

He said of his organization’s efforts, “The Bill and Melinda Gates started work in Nigeria over 10 years ago. We were invited by the government of Nigeria to partner on polio eradication. As you would recall, over 10 years ago, polio was a big issue in India, Pakistan, Afghanistan and many countries in Africa, including Nigeria. And, government then took some bold steps to eradicate polio.

“Since then, this is one of our biggest programmes. As you know, when Mr Bill Gates was here last year March, at that time, he mentioned that at that time, we’d spent close to $1.4 billion in Nigeria, all in the past 10 years,” he stated.

He expressed delight over ability of the nation to ensure no wild polio case is recorded in the last two years, and that the country, indeed Africa, was at the threshold of being certified free of the killer disease.
He appealed to other partners and government at all levels in the nation to continue to ensure routine immunization is sustained.

“All those are occupied by strong policy advocacy and communication programmes, given the fact that when you at development partners who are supporting the Nigerian government, our contribution to the overall funds that are going into development is very small,” he said.

Working in Nigeria, he furthered, has been one of the core partnerships of the Foundation in Africa.

Health For All is possible, says WHO DG on World Health Day