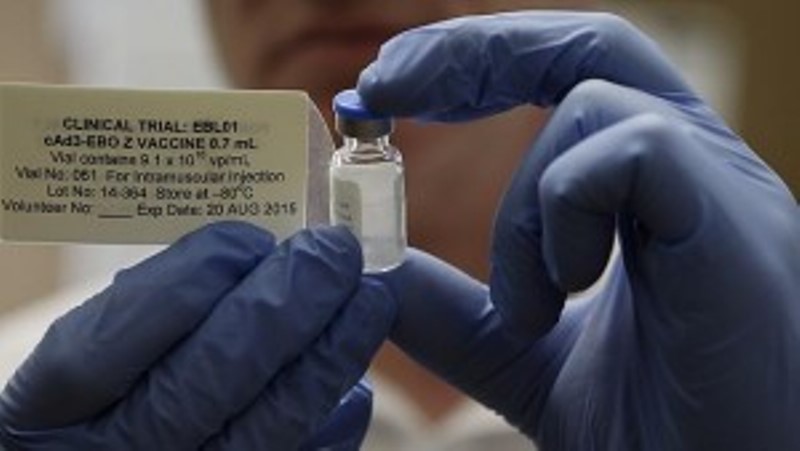 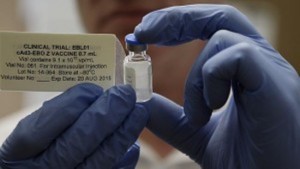 A clinical trial of a new Ebola vaccine (ChAd3-EBO-Z) that resulted from an unprecedented global consortium assembled at the behest of the World Health Organization has found that it is well tolerated and stimulates strong immune responses in adults in Mali, West Africa and in the US, according to a study published in the latest issue of the journal Lancet Infectious Disease.

If the vaccine is ultimately found to be safe and effective, it could offer crucial protection for contacts (family members, neighbors, etc.) of patients with confirmed Ebola disease in future epidemics, thereby helping to interrupt transmission. Larger trials of the vaccine sponsored, by GSK Biologicals, have already begun.

The study, carried out in Mali, West Africa and Baltimore, included the first testing of this vaccine in adult health care workers and other at-risk persons in Africa. It identified the dose to be used in subsequent clinical trials and for large-scale manufacture of the vaccine. The researchers say that if larger trials (some already ongoing at CVD-Mali) corroborate the vaccine’s clinical acceptability and immunogenicity, and with evidence of protection from future field trials or from non-human primate challenge models, the vaccine could obtain regulatory approvals to become a tool to interrupt transmission in future outbreaks.

This would be achieved by vaccinating all people who have come into contact with confirmed Ebola cases. The investigators also found that the administration of a booster vaccination with another vector vaccine producing Ebola virus antigens led to further enhanced immune responses likely to be associated with long-lived protection.

This “prime-boost” approach provides a way to vaccinate health care workers and other front-line workers who live in areas where Ebola poses a threat to re-emerge and who need prior enduring protection.

The trial was carried out by a group of faculty researchers within the Center for Vaccine Development (CVD) of the University of Maryland School of Medicine (UM SOM), led by Milagritos D. Tapia, MD and Kirsten Lyke, MD, collaborating closely with Professor Samba O. Sow, MD, MSc, Director General of the Center for Vaccine Development of Mali (CVD-Mali, an institution jointly maintained by the Ministry of Health of Mali and CVD-UM SOM). Drs. Tapia and Lyke are also Associate Professors in the Department of Pediatrics and Medicine, respectively, at CVD-UM SOM. Myron M. Levine, MD, DTPH, UM SOM’s Associate Dean for Global Health, Vaccinology and Infectious Diseases, provided overall coordination of this study that evaluated the experimental Ebola vaccine (ChAd3-EBO-Z) developed by the Vaccine Research Center (VRC) of the National Institute of Allergy and Infectious Diseases (NIAID), part of the National Institutes of Health, and GlaxoSmithKline (GSK). Other key partners in the study included the University of Oxford’s Jenner Institute and the World Health Organization.

The study was the result of a consortium of the World Health Organization (WHO), the VRC,

Moderate coffee drinking may be linked to reduced risk of death