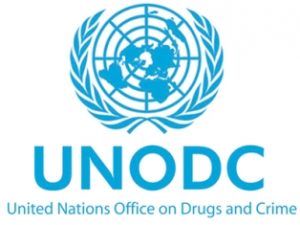 The European Union (EU), the National Agency for the Prohibition of Trafficking in Persons (NAPTIP) and the United Nations Office on Drugs and Crime (UNODC) are collaborating on a high level event celebrating a decade of relentless campaigning against Human Trafficking and bringing the perpetrators to justice.

The high point of the event is the final stage of an essay competition on human trafficking for senior secondary students in the Federal capital territory (FCT) entitled “Human Life is Priceless” earlier today at Transcorp Hilton Abuja.

The EU Anti-Trafficking Day was launched in Brussels in 2007. The day is an opportunity to raise awareness about the need for better policies aimed at preventing and combating trafficking in human beings. The title of the Conference launching the Anti-Trafficking Day was ‘Time for Action’. It emphasised that it is time to start implementing measures in order to stop trafficking in human beings and to protect trafficked persons at the national, European and international level.

Trafficking in human beings is specifically prohibited in the Charter of Fundamental Rights of the European Union. The political commitment at EU level to address the problem of trafficking in human beings is reflected in the large number of initiatives, measures and funding programmes established in the area both within the EU and third countries as early as in the 1990s. The scope of the EU’s framework includes both trafficking into Europe and intra-regional trafficking for labour and sexual exploitation in third countries.

It also outlines a number of actions which the European Commission proposes to implement during 2012-2016 in concert with other actors, including Member States, European External Action Service, EU institutions, EU agencies, international organisations, third countries, civil society and the private sector.

In line with the priorities the EU has since 2011 funded major anti-trafficking projects under the auspices of ‘Promoting Better Management of Migration in Nigeria’ being jointly implemented by UNODC and the International Organization for Migration in support of national partners.