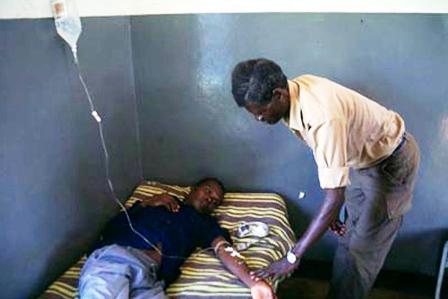 Togo has received validation from the World Health Organization (WHO) for having eliminated human African trypanosomiasis or “sleeping sickness” as a public health problem, becoming the first country in Africa to reach this milestone.

Togo’s achievement comes after more than two decades of sustained political commitment, surveillance and screening of cases. Beginning in 2000, the country’s public health officials implemented control measures. In 2011, the country established surveillance sites at hospitals in the cities of Mango and Tchamba, which cover the main areas at risk of the disease. Public health officials have since maintained heightened disease surveillance in endemic and at-risk areas.

Togo first applied for certification of elimination of sleeping sickness in 2018 and a team of WHO experts studied the data, made recommendations and requested a revision by the country before giving their approval.

“This validation makes Togo the first country in Africa to have eliminated human African trypanosomiasis or sleeping sickness,” said Hon Moustafa Mijiyawa, Minister of Health and Public Hygiene. “Thanks to the joint efforts of all health actors, the disease has been eliminated in Togo. Neighbouring countries are not at the same phase and so surveillance must continue to avoid a resurgence of this disease.”

A WHO-led global collaboration supported these efforts by facilitating the donation of medicines and resources from pharmaceutical companies, which helped strengthen local capacity and ensure the sustained availability of tools required to control the disease.

“Togo is a pathfinder in eliminating sleeping sickness, a disease which has threatened millions of Africans,” said Dr Matshidiso Moeti, WHO Regional Director for Africa. “I congratulate the Government and people of Togo for showing the way. I am sure the country’s efforts will inspire others to push towards a final eradication of sleeping sickness.”

There are two forms of sleeping sickness. The first, due to Trypanosoma brucei gambiense, is found in 24 countries in west and central Africa and accounts for more than 98% of cases. The second form, due to Trypanosoma brucei rhodesiense, is found in 13 countries in eastern and southern Africa and represents the rest of cases. WHO and partners are targeting the elimination as a public health problem of the gambiense form of the disease from all endemic countries by 2030. Benin, Burkina Faso, Cameroon, Cote d’Ivoire and Ghana have started the validation process with the support of WHO.

Wiping out the gambiense form of sleeping sickness will require maintaining the commitment of endemic countries and of donors as well as integrating control and surveillance activities into the regular health systems. These efforts need to be supported by improved tools, innovative disease control approaches and effective coordination of efforts.

COVID-19 may not last up to two years – WHO boss