Gains of legislating on social work in Nigeria 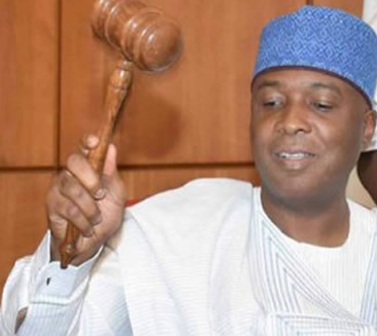 President Muhammadu Buhari recently declined assent to the “Social Work Professionalization Bill,” following its shortcomings. The bill seeks to professionalize, standardize and regulate social work in the country. With those flaws already addressed, stakeholders are optimistic the journey of the bill through the National Assembly, once again, and to the president for his assent will be smooth and devoid of hitches that thwarted its breakthrough earlier. Nigeria Health Online’s Abuja Bureau Chief, Marcus Fatunmole, who was in Enugu recently with stakeholders on the bill, writes on benefits it has for the nation, if it eventually becomes a law.

This is one of the challenges a trained social worker faces every day in the nation. More worrisome is the fact many trained practitioners are becoming more concerned about the future of the discipline because of influx of untrained persons who see the career as all-comers affair. Right from schools where the programme is run to the compulsory one-year National Youth Service Corps (NYSC) programme, some citizens who choose this profession are not as proud of it as nurses, doctors, engineers, teachers and others would do of their own.

Major reason for this is that the percent of trained persons practising social work is much less than those who parade themselves as social workers. At the time of filing this report, there are only 8,429 trained social workers in the country, according President, Nigeria Association of Social Workers, Olawale Kolawole.

Despite growing need of the skilled workers to help government address increasing poverty, moral decadence, displacement of persons arising from insurgency and inter-communal strives, drug addiction, juvenile delinquencies among others, understanding of the work of social worker by an average citizen is very low. To many Nigerians, social work is limited to caring for children at orphanages, or working in public hospitals to look after patients that are ‘detained’ by those facilities because they could not pay their bills. To some more cosmopolitan average learner, all social work is about comprises helping in ridding the public of destitute, mentally-ill persons and others considered to constitute ‘nuisance’ to the streets and communities. 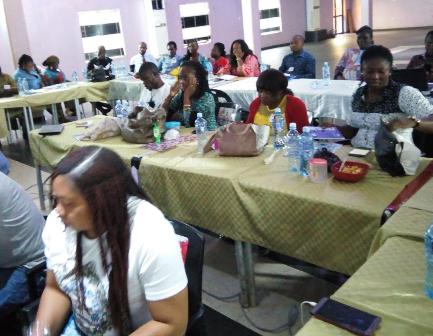 A cross section of participants

Others are, women and gender office, occupational/industrial social welfare office, center for refugees and internally displaced persons, rehabilitation centers for persons with disabilities, the destitute, victims of human trafficking, and center for care of older adults. The list is endless.

The dialogue, convened by Child Rights Bureau (CRIB) of the Federal Ministries of Information & Culture and Women Affairs & Social Development in collaboration with United Nations Children Fund, was to acquaint the media with the knowledge of social work and Social Work Professionalization Bill.

The bill, developed by the Nigeria Association of Social Workers in 2004 got truncated. It was reintroduced to the National Assembly in 2012. With that dispensation gone without any success on the bill, the 8th National Assembly eventually harmonized it and presented it to President Muhammadu Buhari. Yet, it did not enjoy President Muhammadu Buhari’s assent because of some flaws.

Among others, the bill failed to explain how the most vulnerable in the society will be catered for, should the bill is signed into law. Besides, the parent ministry, Federal Ministry of Women Affairs and Social Development, felt it would be stripped of its supervisory role of social workers, if the bill is signed into law. However, stakeholders, including the ministry, said in Enugu that all the issues had been resolved and prayed the bill enjoy unfettered ride through the National Assembly to the president. 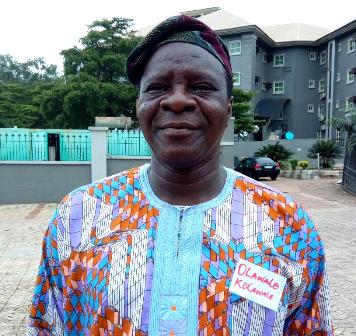 President of the social workers, Mr Kolawole said: “We sponsored the bill to the National Assembly, and it was eventually passed by the Upper Chamber of the National Assembly and forwarded to Mr. President for assent. He later forwarded it to the core ministry, and there were some observations that the core ministry made that made Mr. President to decline his assent. The association has since swung into action, addressing the grey areas. The essence of this is to sensitize the government and the general public about the importance of social work profession. What the country at large stands to gain, if the profession is given legal backing through presidential assent to the bill, and importance of social work cannot be over-emphasized.

“The bill has been a long journey. We started in 2004 at the exit of that particular Assembly. The thing got truncated. But, it was reintroduced and presented in 2012. Since that time, we have been following it until it got to the table of Mr. President.”

He said despite the first decline of assent by the president, the association was hoping the bill would enjoy speeding passage at the National Assembly and attract the president’s assent.

The bill makes provision for establishment of Nigerian Council for Social Work and its Governing Board; financial provisions, registrar and the register, registration of social workers, professional discipline and miscellaneous provisions.

Untrained social workers will never lose their jobs or titles if the bill is eventually passed into law. There is provision for them to proceed to any school of their choice, where the programme is run, to acquire a certificate within seven years.

National Vice President, North-East zone of Nigerian Association of Social Workers, and President Association of Medical Social Workers of Nigeria Abubakar Alhassan Bitim affirmed that those trained to do social work are much more than those that are professionals. “The challenge is lack of enabling laws. If we have a regulatory body that will say this is how it should be practised, this is not how it should be practised, we will have a legal backing. I think that will resolve the problem.

He expressed sadness over the absence of law supporting the profession despite the fact that it’s been practised in the nation for decades. “I work in the hospital, I can see the challenges we are facing, nurses, even the record people, they have enabling law.

And, we in the hospital, we believe that we start where the doctors cannot continue. We say we start where others stop. Social work is everywhere unlike say medical laboratory scientists, they are limited to laboratory work, pharmacists are limited to dispensing drugs, but, we social workers are everywhere. We attend to crash victims, emergency cases, indigent cases, contact tracing, repatriation in psychiatric and pycho-social, emotional counselling in hospital setting. We give palliative care to patients, we look after dementia, we look after the hypertension patients, we look after the people suffering from diabetes. We are almost everywhere.

He urged that Nigeria should adopt international best practices in social work as it looks to having a law that regulates the profession. 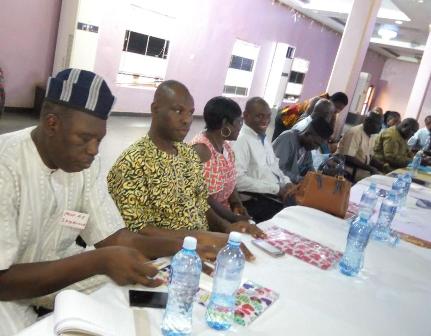 Some stakeholders at the event

Speaking at the forum, Maryam Enyiazu, Child Protection Specialist, UNICEF, Abuja, said as a profession, social workers in Nigeria had been characterized as “marginalized and poor,” feeling powerless to speak out and struggling for professional identity.

“It was therefore recognized that one way to seek legitimacy and raise status of social work as a profession in Nigeria is through establishing a regulatory mechanism to ensure licensure, certification and registration.

“Without licensing and an ethical board to regulate and ensure standards, professionalism and accountability of social workers to the public including to children will remain a challenge,” she said.

She went on: “Social work in Nigeria is an area of work that is hugely misunderstood, under-resourced, underfunded, and does not have the support of key stakeholders. We are talking about appropriation of over 180 million people with less than 9,000 professional social workers. The challenges are huge. If you talk about the issue of child protection alone, looking at the issue of violence against, abuse and exploitation of children, that is huge on its own. If you are looking at other segment of the population, the elderly, people with disability, the young people, families that are in need of support, and you look at the number of social workers that we have, you will understand the magnitude of problems that we are talking about. Over the years, social works do not receive desired attention.

“And, you have people that are not motivated, a profession that is not recognized. You don’t need anybody to tell you this person is a nurse, it is a profession that is recognized, that is given its due recognition. It is a profession. But, you cannot say that as a social worker. Even when you have people graduate from the university as social workers, they look for job elsewhere, because there is no recognition for the job.”

Mr Ben Ekwosa, a Deputy-Director in the Women Affairs and Social Development Ministry spoke on behalf of the ministry. He explained that all hitches earlier witnessed in the bill had been removed.

A Professor of Social Work at Federal University, Lafia, Nasarawa state, Alamveabee Idyorough spoke on the rate of admission into Social Work in the nation’s universities. According to him, when he was at the University of Jos, Plateau state, the institution used to receive over 500 applications, and could admit just over a 100.

But in Lafia where he works at present, there were about 200 to 300 candidates, of which about a 100 were admitted.

Idyorough, who is one of the stakeholders designing curriculum for Social Work in the country, distinguished between social worker in a school setting and guidance and counselling.

“The duties of guidance and counsellor principally concern career guidance. In career guidance, parent may want a child to follow a particular line, maybe in their family, they want all to be lawyers, or they want all to be accountants. The child may not have the innate capacity to toe that line of profession. It is the responsibility of the guidance and counsellor to counsel the child to take a discipline that he can effectively work over and get good grade and move forward with his own education.

“It is the responsibility of the guidance and counsellor to work with the parents also to realize that the child cannot cope with that particular field they want him or her to pursue. The social worker is concerned with the social problem of the school environment like children that are more aggressive to one another. Because other children are aggressive to a particular child, the child may decide to object to going to going because of fear, and the child become truant. It is the responsibility of the social worker to work with this child and the other children and the teachers so that there will be harmonious relationship between this particular child and the other children, and the problem of aggression will be resolved.

“The social worker can also work with the teacher and the parents to solve the problem of the child in the school environment, depending on the type of social problem that the child is facing.”

Nigeria must get involved in clinical trials – Prof. Odedina