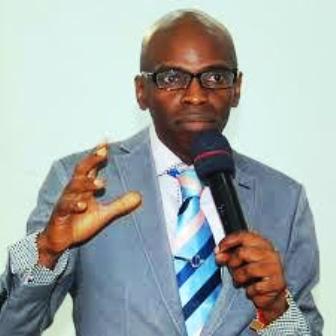 The groups made this call on recently, at a press briefing in Lagos. They noted that there are gaps in healthcare delivery in the state and stated that inaugurating LGHA in the State would help bridge the gaps through the implementation of Community Participation in Health (CPH) thereby delivering primary healthcare to all citizens.

In his presentation, Bola Nuga from LACSOP pointed that there has been a lacuna in the operations of Primary Health Care sector which leads to lack of coordination.

He noted that PHC in Lagos State, for example, has not been able to work effectively because it has not inaugurated LGHA which will give it power to function optimally; noting that National Health Policy recognizes PHC as the core of Nigerian Health system.

“Primary healthcare should be functional so that nobody will be going too far to access health except the complicated cases. You just need to walk few meters away from your house.

“In spite of the potential capacity of PHC to meet the health needs of majority of Nigerians over the years, the outcomes have been very sub-optimal owing to the weak system due to lack of coordination over the years,” Nuga said.

In the same vein, Barrister Ayo Adebusoye, LACSOP coordinator, explained that the press briefing is actually to support of Primary Healthcare Under One Roof especially the inauguration of Local Government Health Authority which is fundamental leg of the whole governance structure in the primary healthcare system.

“The LGHA is like implementing arms of the Primary Health Care Board. It is the body that will coordinate all PHC activities within the Local government. It is going to set targets for the PHC facilities, measure those targets, disciplines staff and it is also going to ensure that there is community participation,” Adebusoye stressed.

Speaking further, he said: “This is one structure stakeholders have identified over the years that is so critical to ensuring that PHC is optimized. Even though the state government has done a lot in the revitalization of PHC, especially the flagship PHC centres, we still have the challenges of maintenance, scaling up due to limited resources. So one way we can actually increase our resource mobilization domestically, is by instituting the LGHA.

“Also, we all know government cannot do it alone and Lagos State have a lot of private organizations who are ready to assist if there was structure in place,” said.

He also added that the National Health Act 2014 stipulates that 45 percent of the one percent of the consolidated revenue fund should go to the PHC facilities through the LGHAs.

“So I think it is about time Lagos state inaugurates that body,” Adebusoye reiterated.