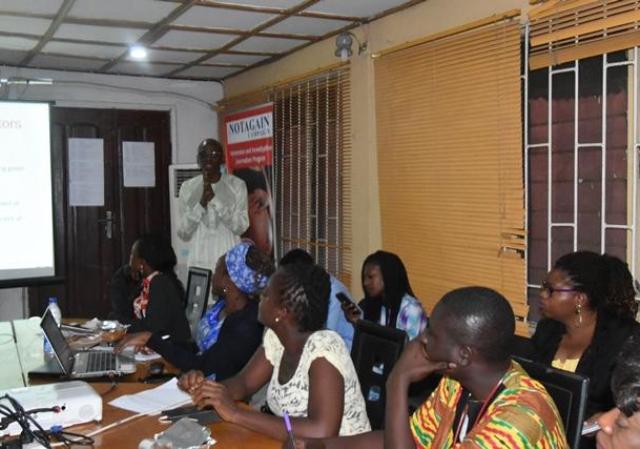 The Development Communications Network, (DEVCOMS) in collaboration with Nigerian Urban Reproductive Health Initiatives (NURHI) has called on the Lagos state government to urgently release the 2018 funds allocated to family planning.

The organizations made the call during a recent media round table they organized in Lagos. They noted that Nigeria’s huge population is fuelled by high birth rate without good family planning.

In his presentation on the topic- Family Planning Budget Allocation, Timely Release-the great imperative, Barrister Ayo Adebusoye, Chairman, Public Health Sustainable Advocacy Initiative (PHSAI) who was the guest speaker, appreciated the state government for a big jump in the Ministry of Health budget for family planning in 2018 compared with 2017.

He therefore called for timely release of the allocation according to him, one thing is to budget, and another thing is for it to be released.

“Let the budget that has been allocated be released on time so that we don’t have a situation like last year where we have N50 million for Primary Healthcare consumables and zero kobo was released,” Barr. Adebusoye said nothing that Nigeria is having a time lag to meeting up with 2020 family planning target.

Barrister Adebusoye in an interview appealed: “I think early this second quarter of the year, the state government should really be able to make sure that all they listed for family planning be executed in time. Memo should be made and all bottle necks should actually be remove because this is one area we have seen is so vital in ensuring that there is drastic reduction in maternal and mortality rate which we are one of the highest in the world.

In the same vein, Dr Edun Omasanjuwa, NURHI Lagos State Team Leader, while calling on the state government to release the fund allocated to family planning, noted that Nigeria’s population has continued to increase rapidly with no commensurate development in health care service delivery. He pointed that the huge population is fuelled by high birth rate without good family planning and that can be a huge burden with resultant poor health indices such as high maternal and infant deaths and perpetual poverty.

Explaining the implication of the Nigerian’s growing population, Dr. Omasanjuwa said: “The rate we are growing, no matter how much roads we begin to build we will still perpetually have traffics gridlocks in Lagos State if we don’t manage our population. It means our schools will never be able to accommodate our students, it means we will never have enough teachers to teach our student, our health care system will never be able to accommodate our population that’s just as simple as it is.

“But if we are ready to slow down the population growth it means more people will get to benefit the dividends of democracy,” Dr. Edun reiterated.

Also, Devcoms Programme Director, Mr. Akin Jimo charged the newsmen of on their role in maternal health and family planning. For their personal developments, he therefore urged the media practitioners to avail themselves the opportunities that abound online to be able to be better journalists.