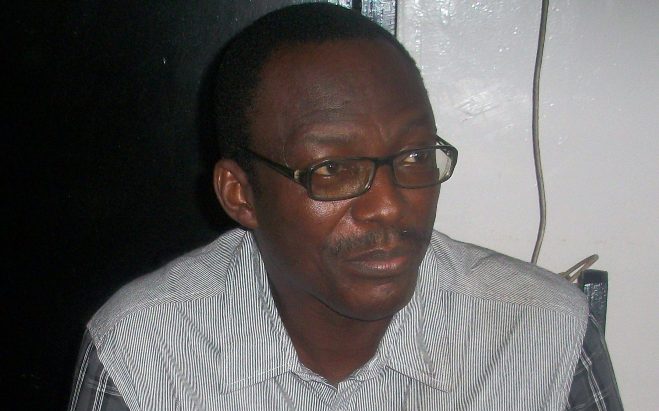 In most towns and cities of Nigeria, people are daily being subjected to a cacophony of noise at different levels from record shops, worship places, generators etc. In this interview with Nigeria Health Online’s Sam Eferaro, Ear, Nose, and throat (ENT) surgeon Prof. O.G.B. Nwaogwu of the ENT department, University College Hospital (UCH) says such high level of noise is not only injurious to health but could, over a long period, result in deafness. Excerpts:

As an ENT surgeon, what do you think of the level of noise in our environment?
In Nigeria things are not going the way they should be. When we are talking about noise and hearing, it’s all about the ear which is the organ with which we hear. The ear has three parts – the outer ear, middle ear, and the inner ear. The noise, as it were, where it does have more effect is in the inner ear where we have the sensory organ or the main organ of hearing. There are minute hairs there that actually link the neural pathways to the brain as noise as the case may be. Noise may be in various forms – like generators, aircrafts, machines and of course, the people that sell records. All these things generate forms of noise, but noise becomes injurious when it becomes sustained and greater than 80 decibels so, when somebody is exposed continuously for about 8 hours at decibels above 80, the noise really become injurious. Take for instance, we are supposed to have electricity in this country for twenty-four hours but what we have are just ‘I pass my neighbour’ type of generators in some areas. Assuming that you have this household or in a flat where we have maybe about six tenants each one with his own kind of generating set and NEPA goes off, you know the kind of thing that is generated there. So all these impact on the ear and eventually, because these things are sustained over time, it becomes chronic and damages the hearing organ. You may ask, is their some amount of noise that might not damage the ear? Yes. I’ve said that when we have noise above 80 decibels sustained over a period of eight hours it becomes harmful. Assuming that even the 80 decibels – maybe the person is exposed to it for about an hour and the person goes away from that very environment, there’s what we call temporary thresholds shift, it means that the so called damage produced within this one hour period, if the person goes away from that very environment, the ear can recover. But if the thing persist over a period of time and does not give room for recovery, it becomes permanent so we now begin to say that the person has now gotten noise-induced hearing loss.

When you say it becomes permanent what is the consequence? Are you saying the person is deaf?
I will not use the word ‘deaf.’ I will say he has a hearing loss. But if it is so prolonged that the normal level of hearing is now so compromised that when you do a pure tone audiometry, the individual pick – even when you give a sound at 100 decibels the person does not even hear it, it then means the person is deaf.
Nigerians subject themselves to a loud level of noise every day. Does it mean we are gradually working ourselves to deafness?
Definitely. They are beckoning to deafness without knowing it.

We do have…
Yes. These are supposed to be part of their job, but they don’t do these things or even if they do they just look away. There are minimum permissible sound levels. When the thing is more than 30 decibels you shouldn’t allow that not to talk of when the thing now goes to 80. That is one side of it. Have you gone to the production companies – the breweries, mineral producing companies, or the weaving industries? These people use heavy machines but what are the regulatory bodies doing? The workers don’t even use protective devices like ear plugs. Which of the companies provide the devices to their workers? They (regulatory bodies) are supposed to visit these companies and make sure they enforce the regulations but they don’t. Maybe if they go they are compromised.

So what can an individual do?
It is when the individual is aware that such regulations exist that you will talk of what they can do. People have rights. There’s the Company Protection Act, for instance but are the people working in these companies aware that such an act exist and be able to seek redress? Even where they try to seek redress, these things are covered so it’s a hell of a problem.
I don’t know if there are studies to show this but have you observed that Nigerians are generally loud?
Yes. If you look at such people, the environment in which they grew up is a noisy environment, and because that has been built into their sub-conscious, that people are not hearing them they tend to talk louder. Talking louder or trying to shout could as well be a pointer to the fact that the hearing is defective.

So, there has been no study on that?
Oh there are studies and publications – by Ologe, Lasisi, Showole – to show that we have varieties of hearing loss in various populations.
Ours is not an environment where doctors refer patients to specialists so who exactly should manage ear problems. If I notice that my hearing capacity is declining, who do I see?
It’s the ENT surgeon. It is the ENT surgeon who will evaluate the patient and determine what the likely cause of hearing loss is. He will then move him (the patient) to the audiologist. The audiologist now assesses the hearing, using special equipment.

But do we have enough ENT surgeons and other specialists involved in the management of ear problems in this country?
In Nigeria, we have approximately 140 ENT surgeons serving a population of well over 160 million and these people are even based in the urban areas. When you come to the audiologists, we don’t have more than ten real audiologists in this country. Now, there are some people who are learning on the job who have increased the number in this category to about 40 or thereabout.

In this kind of situation, what advise will you give to the man on the street on what to do concerning problems affecting his ears?
There is a speciality that is known as ear, nose, throat surgery. When somebody notices that there’s problem with the ear he should ask for appropriate referral to the few that are present. We are trying as much as possible to make sure that we produce more ENT surgeons but we have to ensure that we produce people who, when they go out of the shores of this country, they are able to compete with their colleagues.

Given the ratio of these specialists to our population, are they not too busy?
They are really busy and some are not too busy because only few people have come to appreciate that there are such ear problems that the doctor (general practitioner) can’t treat.

Is there a way we can prevent hearing problems?
The problem is from the community up to the Federal level. For the communities where the hospitals are based, Nigeria being what it is, the chemists goes to treat ear problems, the laboratory technologist and the pharmacist treat ear problems not to talk of the general medical practitioner. These people should know their limit and try to refer appropriately. Then the other problem with us in Nigeria is that when somebody has been to a doctor and has been given a particular prescription, the other person that may be having a similar complaint, sometimes long standing, may think that the same drug that was given to his neighbour will also work for him and then may decide to apply and before you know it, things begin to go wrong. Then we need the political class to recognise that such a speciality exist. They should try and encourage people who are in it, give the hospitals the political will to really do something, train people appropriately and provide the equipment with which to work.