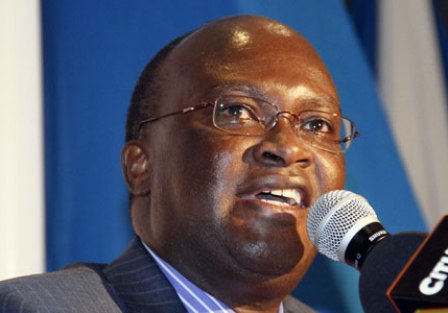 The Kenyan Health ministry has directed officials across the country to stop prescribing a HIV drug linked to birth defects in HIV-positive women.

The directive signed by the Director of Medical Services Jackson Kioko, urged county health directors to ensure that pregnant and breastfeeding mothers to whom a front-line drug, dolutegravir (DTG), has been prescribed, continue their current prescription until they stop breastfeeding.

But those of child bearing age between 15 and 49 years, who are on the drug, should be given the first-line treatment Efavirenz.

In a memo to county directors of health, Dr Kioko said the drug, which was launched in the Kenyan market last year, was not recommended for pregnant and breastfeeding women “due to limited safety data”.

He, however, added that through a circular in June 2017, the ministry had recommended the use of DTG in alternative regimen for people with HIV and have intolerance to Efavirenz, people who inject drugs and are on anti-retroviral therapy or new patients in the same category.