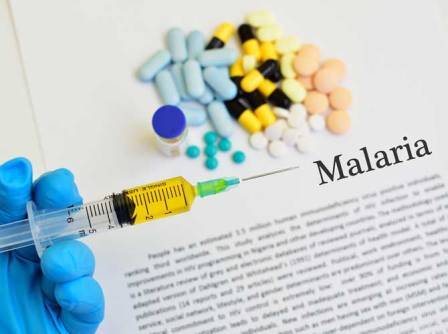 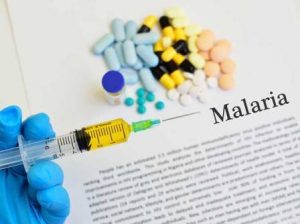 The World Health Organization, WHO, has reassured the world, especially Nigeria and other nations contending with malaria, that it would deploy its world’s first malaria vaccine, RTS,S, soon, to speed up the fight against the disease.

RTS,S will specifically be rolled out through pilot projects in sub-Saharan Africa, and will provide partial protection against malaria in young children, WHO said in a message to commemorate this year World Malaria Day yesterday.

According to the agency, the vaccines being assessed as a complement to the existing package of WHO-recommended malaria preventive, diagnostic and treatment measures. It noted that the test phase of the vaccine is a milestone in the fight against malaria.

WHO said although commendable progress had been made, malaria remained a major public health and development challenge in Africa, and major gaps in programme coverage remain. It said the pace of progress must speed up to reach the global target of at least a 40 percent reduction in malaria cases and deaths by 2020, compared to 2015 levels.

The organization charged Africa nations: “We can achieve a malaria-free Africa with strong coordination, clear strategies and determined actions. In countries where the disease is widespread, efforts to reduce and eliminate malaria are increasingly viewed as high-impact, strategic investments that generate significant returns for public health, help to alleviate poverty, improve equity and contribute to overall development.

“To speed up progress towards the global and regional targets, WHO is calling on malaria-affected countries and their development partners to boost investments in malaria prevention to propel countries along the path to elimination. As we commemorate World Malaria Day, I call on countries to implement concrete actions across sectors, strengthen cross-border collaboration and allocate adequate resources to end malaria. With the required resources, and all partners united, we can transform our common vision – End Malaria for Good – into a shared reality.”

Unlike in previous years where the organizations had expressed deep displeasure over prevalence and deaths from the disease, it said that countries battling with the disease, including Nigeria, have been doing well.

Despite such commendable efforts, malaria yet remains a global and regional priority as it continues to kill over 400 000 people around the world yearly, the organization said.

“The theme of “End Malaria for Good” stresses the need to accelerate and sustain efforts to defeat malaria. Countries have committed to end the malaria epidemic by 2030 as one of the Sustainable Development Goals. World Malaria Day is an occasion to renew political commitment and continue investment for malaria prevention and control.

“The African Region has made significant progress in the fight against malaria. The 2016 World Malaria Report shows that between 2010 – 2015, the estimated new cases of malaria in the Region had dropped by 23%, and deaths from malaria were down by 31%. The African Region had also prevented the most deaths (94%): of the estimated 6.8 million fewer malaria deaths between 2001 and 2015, about 6.6 million (97%) were children aged under 5 years.

“This achievement reflects the extraordinary commitment of individuals, families and communities, health care workers, national authorities and partners to change behavior, scale up cost-effective prevention and to manage patients. A critical strategy to prevent malaria has been increased use of insecticide-treated nets and indoor spraying with insecticides.

“The results of this accelerated prevention are impressive. We know from the 2016 World Malaria Report that over the last five years across sub-Saharan Africa, nearly double the population at risk of malaria are now sleeping under insecticide-treated nets. Diagnostic testing for children has increased sharply by 77%, and preventive treatment for pregnant woman increased five-fold in 20 African countries,” said WHO.

At the commemoration of the day at the US Embassy in Abuja, the US Government said each year in Nigeria, more than 80 million people fall ill and 300,000 die from malaria.

According to him, early and accurate diagnosis is essential for rapid and effective disease management and surveillance. He stressed that malaria diagnosis is vital while misdiagnosis allows disease progression from uncomplicated to severe forms, resulting in significant morbidity and mortality.

The Embassy noted that the national guideline for the diagnosis and treatment of malaria recommended prompt diagnosis either by microscopy or malaria Rapid Diagnostic Test (mRDT) before treatment using first-line Artemisinin Based Combination Therapy (ACT) is administered. “Itimproves overall management of patients with febrile illnesses, and helps reduce the emergence and spread of drug resistance to anti-malarial medications.

“The U.S. Government supports local partners to design and implement programs to improve public and private sector adherence to diagnosis and treatment guidelines. With an investment of over $420 million in Nigeria since 2010 and $75 million in 2016 alone, PMI delivered nearly 7.5 million RDTs and 12 million ACT treatment doses in support to 3,000 health facilities across 11 states in Nigeria.

“To end malaria for good, the Deputy Chief of Mission, David J. Young, has made a call to Nigerians, to commit to sleeping in a treated bed net every night; to remember that not every fever is malaria and demand a “test before treatment”, before beginning a full regimen of Artemisinin Based Combination therapy,” the Embassy stressed.