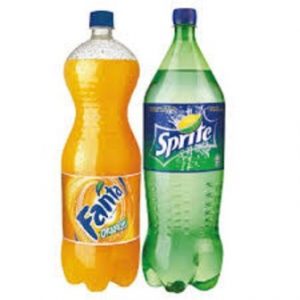 The National Agency for Food and  Drugs Administration and Control (NAFDAC) and the  Nigerian Bottling Company (NBC) said today they have appealed a court order directing NAFDAC to compel the company to include a warning on the bottles of its Fanta and Sprite indicating that the soft drinks should not be taken with Vitamin C as this could be  poisonous.

In a reaction to the outrage by Nigerians over rumours that the soft drinks are not fit for human consumption, NAFDAC’s  Acting DG, Mrs. Yetunde  Oni said in a text message  that the agency’s lawyers had filed an appeal and a motion to stay action on the execution of the judgment.

Mrs Oni who spoke from Vienna, Austria where she is attending the 60th session of the Commission on Narcotics also said NAFDAC would react “both scientifically and legally” to the court ruling.

Also, NBC in a statement  assured Nigerians that both Fanta and Sprite were produced in full compliance with all national and international food quality and safety standards.

“Our attention has been drawn to media reports which contain misleading information on the safety of benzoic and ascorbic acids as ingredients in soft drinks, citing a Lagos High Court order.

“In the judgement delivered on February 15, 2017 in a suit involving Fijabi Adebo Holdings Limited & Dr. Emmanuel Fijabi Adebo v. Nigerian Bottling Company Limited (NBC) & National Agency for Food and Drug Administration and Control (NAFDAC), the Lagos High Court dismissed all claims against NBC and held that the company had not breached its duty of care to consumers and that there was no proven case of negligence against it.

“In the same judgement, the court directed NAFDAC to mandate NBC to include a warning on its bottles of Fanta and Sprite that its contents cannot be taken with Vitamin C as same become poisonous if taken with Vitamin C. This order was premised on the fact that the products contain the preservative, benzoic acid. NBC has since appealed this order.

“Whilst we do not wish to delve into the details of the case or the merits of the court order by this medium, we find it imperative in the interest of consumers and members of the public to make the following clarifications:

“In the subject case which dates back to 2007, the UK authorities confiscated a consignment of our products shipped to that country by the plaintiff because their benzoic acid levels were not within the UK national level, although well within the levels approved by both the national regulators for Nigeria and the international levels set by CODEX, the joint intergovernmental body responsible for harmonizing food standards globally.

“Both benzoic acid and ascorbic acid (Vitamin C) are ingredients approved by international food safety regulators and used in many food and beverage products around the world.

“These two ingredients are also used in combination in some of these products within levels which may differ from one country to another as approved by the respective national food and drug regulators and in line with the range prescribed by CODEX,”

“The permissible ingredient levels set by countries for their food and beverage products are influenced by a number of factors such as climate, an example being the UK, a temperate region, requiring lower preservative levels unlike tropical countries.

“Given the fact that the benzoic and ascorbic acid levels in Fanta as well as the benzoic acid level in Sprite produced and sold by NBC in Nigeria are in compliance with the levels approved by all relevant national regulators and the international level set by CODEX, there is no truth in the report that these products would become poisonous if consumed alongside Vitamin C.

“The wrong perception emanating from the media reports that our Fanta and Sprite beverages which are fully compliant with all national and international food quality and safety standards are unsafe, simply because their levels of Benzoic acid were not within the UK standards, is not only unfounded but also undermines the entire food and beverage industry in Nigeria which is regulated by the same ingredient levels approved by NAFDAC and other regulatory bodies for the country.

“NBC hereby assures our consumers and members of the public of our unwavering commitment to product quality, safety and customer satisfaction.”

Justice Adedayo Oyebanji at a Lagos High Court sitting in the Igbosere area of Lagos Island, had in his ruling on February 15,  agreed with the claimants that soft drinks manufactured by Nigeria Bottling Company ought to be fit for human consumption irrespective of whether they were to be consumed locally or exported.