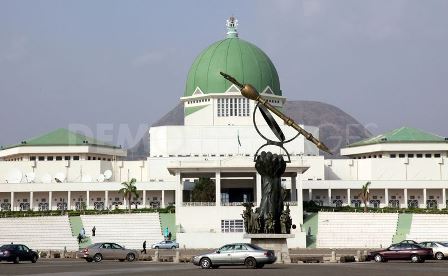 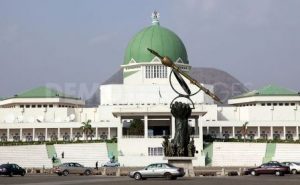 Civil Society Organisations (CSOs) and Not-for-Profit Organisations (NPOs) are strongly opposed to a bill in the House of Representatives seeking to establish Non-Governmental Organizations Regulatory Commission.

At an interactive meeting on the bill between the legislature and the CSOs in Abuja on Tuesday, leading CSOs at the meeting picked holes in the bill, saying it was intended by government to gag and limit the operations of CSOs and NGOs in the country.

Senior Programs Officer, Civil Society Legislative Advocacy Centre (CISLAC), Mr Kolawole Banwo, said if passed into law, the roles of CSOs and NGOs in demanding accountability from government, improving the wellbeing of the citizenry, campaigning against graft and their involvement in other pertinent issues in the country would be hampered.

“When it comes to engaging government with its tendency to be power drunk and corrupt, somebody will just shut you down and say we will not issue you a certificate because of ‘national interest,’ but who defines national interest?
“We are hoping we can let the commuters of this bill know that it is very unpopular, it is unconstitutional, it will shrink the space for Civil Society Participation and then hamper national development in the long run,” he stated.

He challenged government to look at more pressing issues affecting the nation, as according to him, rather than bring agencies of government that divert donor funds and tax payers monies into their pockets to book, the legislators chose to focus attention on CSOs that work in communities for people’s welfare.

Meanwhile, Speaker, House of Representatives, Hon Yakubu Dogara did not share such opinions, as he described the bill as one that would help checkmate organisations that “are fond of abusing the mandate of their establishments. Some are basically using theirs as revenue generating organs instead of fighting corruption; such organisations are capable of acting as conduits for the flow of funds from terrorist sponsors and sabotaging the policies of the government. These abuses have transverse to the international donor agencies, leading to loss of confidence in the aide support through civil society organisations and NGOs in the country at large.”

He however commended CSOs in the country for complementing government policies and as a major structure of organized society outside the government can never be quantified. He said CSOs and NGOs are a large group of non-state actors, fairly autonomous and generally concerned with the needs of those at the grassroots.

“Most of these organizations are involved in diverse fields from poverty reduction, human rights and the environment to domestic violence, anti-corruption, HIV/AIDS and other socio-political issues. They have so many interests, but their basic features are the same: they are independent from the state. Their work is voluntary and non-profit making, and they try to promote public interests,” he said.

Similarly, Chairman, House Committee on Civil Societies and Development Partners, Hon. Peter Akpatason (representing Akoko-Edo Federal Constituency) said there was no need for any NGO or CSO to be afraid over the establishment of the commission.

He said: “I will like to know which provisions in the bill is a threat to democracy, because the bill that is before us, which is a bill initiated by the Deputy Majority Leader of the House seeks to create a more conducive environment for civil society organizations to operate and contribute to governance.

“The bill seeks to create a commission to harmonize a lot of activities that are currently being carried out by different agencies of government that are not properly coordinated, agencies that don’t have the right experience or manpower to do such job in such a way that the process of coordinating the activities will be lot easier and better.

Reacting to argument that the bill, if passed, and the commission created would restrict the activities of civil society groups, he said: “The reason we are here today is for us to critique the document and see areas that need to be changed, improved upon or removed completely. But, we have not taken any position on anything. This is an interactive session organized by the committee to provide opportunity for civil society organizations to contribute and make their inputs before public hearing. We are still having public hearing.”