Polio Vaccination: Over 80 million doses to be administered to southern African children 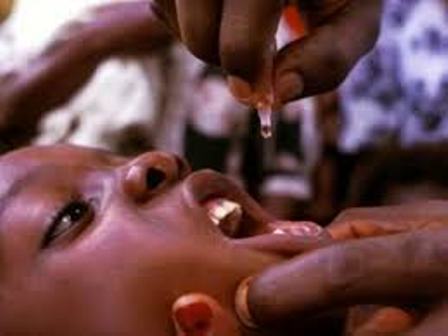 Malawi will on Sunday launch the first round of vaccination campaigns against wild poliovirus type 1. More than 80 million doses will be administered to more than 23 million children under 5 years in the four-round vaccination drive in five southern African countries after Malawi declared an outbreak on 17 February—the first such case in the country in 30 years, and the first in Africa since the region was certified free of indigenous wild poliovirus in 2020.

The first phase of the campaigns targets 9.4 million children in Malawi, Mozambique, Tanzania and Zambia. Three subsequent rounds—in which Zimbabwe will also take part—are set for April, June and July and aim to reach over 23 million children with more than 80 million doses of the bivalent Oral Polio Vaccine recommended by World Health Organization (WHO) for wild poliovirus (type 1).

Mass vaccinations, or supplementary vaccinations, aim to interrupt the circulation of poliovirus by immunizing every child under 5 years with oral polio vaccine regardless of previous immunization status. The objective is to reach children who are either not immunized, or only partially protected, and to boost immunity in those who have been immunized. Supplementary immunization is intended to complement—not replace—routine immunization.

“Polio is a highly infectious and an untreatable disease that can result in permanent paralysis. In support of Malawi and it neighbours, we are acting fast to halt this outbreak and extinguish the threat through effective vaccinations,” said Dr Matshidiso Moeti, WHO Regional Director for Africa. “The African region has already defeated wild poliovirus due to a monumental effort by countries. We have the know-how and are tirelessly working to ensure that every child lives and thrives in a continent free of polio.”

The African region was declared and certified as free of indigenous wild polio in August 2020 after eliminating all forms of wild poliovirus. The region’s certification as wild polio-free remains unchanged. Laboratory analysis linked the strain detected in Malawi to the one circulating in Pakistan’s Sindh Province in 2019.

WHO has been supporting the country to reinforce response measures including disease surveillance, risk assessment and preparations for the vaccination campaigns. A surge team from WHO is working with country-based counterparts, partner organizations and the government to end the outbreak. The WHO team is part of a broader multi-partner Global Polio Eradication Initiative support to the country.

The country has also now set up environmental surveillance for polioviruses in 11 sites across four cities. The sites are in Lilongwe District that encompasses the capital Lilongwe where the initial, and so far, only case, was detected. Other sites are in Blantyre, Mzuzu and Zomba cities. Teams are collecting samples from the environment and sending them for analysis to laboratories while active surveillance is also underway in health facilities and in communities.

In preparation for the vaccination drives, trained surge teams of national officers have been deployed at district level to facilitate the campaign and ensure that all eligible children are vaccinated. Maintenance and repair of cold chain facilities are also ongoing.

Polio is a viral disease with no cure. It invades the nervous system and can cause total paralysis within hours, particularly among children under 5 years. The virus is transmitted from person to person mainly through contamination by faecal matter or, less frequently, through contaminated water or food, and multiplies in the intestine. While there is no cure for polio, the disease can be prevented through administration of a safe, simple and effective vaccine.