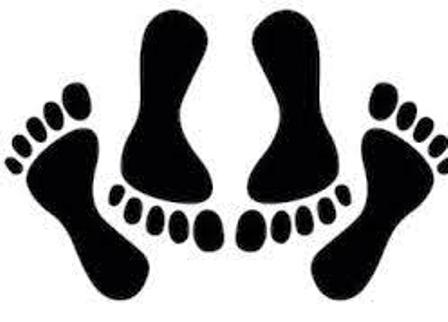 Women who have sex every week may have a lower chance of an early menopause, according to researchers.

University College London experts asked nearly 3,000 women – who were tracked for 10 years – about how often they had sex.

Women of any age who had sex each week were less likely to have been through the menopause, compared to those who did so less than once a month.

For example, those who had regular sex were 28 per cent less likely to have entered the menopause at age 51, compared to their counterparts.

Scientists said if a woman is not having sex and there is no chance of pregnancy, the body ‘chooses’ to stop investing energy into ovulation.

Instead, their bodies may decide to invest energy elsewhere, such as in looking after grandchildren.

The theory, known as the grandmother hypothesis, says the menopause evolved to help mothers have more children.

It suggests that grandmothers would aid their offspring to have more of their own children by caring for the existing grandchildren.

A woman’s immune function is hampered during ovulation, making the body more susceptible to disease.

And so if a pregnancy is unlikely because of a lack of sexual activity, the body would divert its focus from a costly process to aiding existing relatives.

The menopause is when a woman stops having periods and is no longer able to get pregnant naturally.

The process is a natural part of ageing and usually occurs among women between 45 and 55. The NHS says the average age of menopause is 51.

Researchers used data collected from 2,936 women who took part in the Study of Women’s Health Across the Nation (SWAN) in the US.

The women, an average age of 45 at the start of the study in 1996, were asked if and how often they had had sex in the past six months.

They were also asked whether they had oral sex, sexual touching, or engaged in self-stimulation in the last six months.

The researchers found that the most frequent pattern of sexual activity was weekly (64 per cent).

None of the women who took part had already entered the menopause, but 46 per cent were starting to experience symptoms (known as peri-menopause).

Fifty-four per cent were pre-menopausal, meaning they had not yet displayed any symptoms and were still having their periods.

Interviews were carried out both when the women first took part and then ten years later.

Women who had sex weekly were less likely to experience the menopause, compared to those who had sex lass than monthly.

And women who had sex monthly were less likely to experience menopause at any given age, compared to those who had sex less than monthly.

Professor Ruth Mace, who co-authored the study, said: ‘The menopause is, of course, an inevitability for women, and there is no behavioural intervention that will prevent reproductive cessation.

‘Nonetheless, these results are an initial indication that menopause timing may be adaptive in response to the likelihood of becoming pregnant.’

More than 140,000 die from measles as cases surge worldwide

CORONAVIRUS: Africa on alert as WHO Emergency Committee tells countries to prepare for containment