Risks of diabetes in children 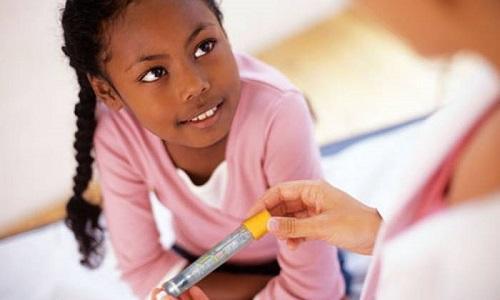 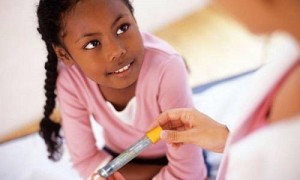 Q: What are the risks of diabetes in children?

A: The frequency of diabetes is rising around the world, and studies are showing children are at increasing risk of developing the disease. About 350 million people worldwide have the illness, a number likely to more than double in the next 20 years. Over time, diabetes can damage the heart, blood vessels, eyes, kidneys and nerves – causing chronic problems and early death.

Type 1 diabetes (sometimes called insulin-dependent, juvenile or childhood-onset diabetes) occurs when the pancreas does not produce enough insulin, a hormone that regulates blood sugar. The cause is not known, but it is thought to be the result of a combination of genetic and environmental factors.

Type 2 diabetes (sometimes called non-insulin-dependent or adult-onset diabetes) happens when the body cannot effectively use the insulin it produces. Often preventable, it can result from excess body weight and physical inactivity, and sometimes, a genetic predisposition.

Recently, type 2 diabetes has increasingly been reported in children and adolescents, so much so that in some parts of the world type 2 diabetes has become the main type of diabetes in children. The global rise of childhood obesity and physical inactivity is widely believed to play a crucial role. Healthy eating and lifestyle habits are a strong defence against the disease.