• “TB is in the air,” NTBLC Coordinator says

The 2-day Public Private Mix (PPM) Summit for Tuberculosis Control in Nigeria organised by the World Health Organisation (WHO) in collaboration with the Federal Ministry of Health and other stakeholders kicked off today amid shocking revelations that no fewer than 420 Nigerians die from TB each day.

Briefing participants about the state of tuberculosis and the challenges of its control in the country, the National Coordinator, National Tuberculosis and Leprosy Control (NTBLC), Dr. Adebola Lawanson said while it is estimated that the disease currently affects about 400,000 Nigerians every year, only 100, 000 of this number are detected while the remaining 300,000 cases remain undetected. Sadly, she further disclosed,  each of the undetected cases have the potential of infecting between 10 and 15 others.

“TB is not far from anyone, it’s in the air,” she declared.

Lawanson disclosed that Nigeria remains the 7th country with the highest TB burden globally and the second in Africa.

Also, she added, Nigeria remains one of the 14 countries in the world with all the three variants of TB – the multi-drug resistant variant, TB-HIV variant and the normal variant.

She lamented that more people in the productive workforce are affected even as donor funding has been on the decline.

The NTBLC coordinator was however full of praises for donors and partner agencies especially Chevron and it’s Agbami parties whose support and assistance through the provision of chest clinics and equipment has helped tremendously in ensuring that the country is able to detect more cases and generally make some progress towards its control measures.

She called for more support and assistance from other corporate bodies, especially in the private sectors.

“Our support is inspired by our view that quality healthcare delivery provision is a crucial social service that will help build a healthy citizenry and develop the country,” he said. 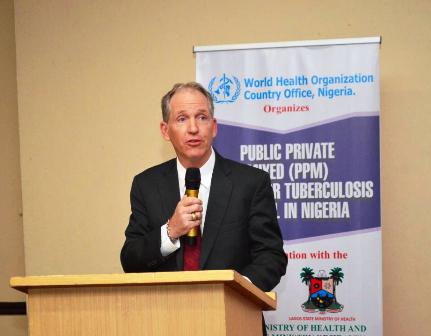 Also in a presentation highlighting the support of the Agbami parties, Chevron’s Public Medical Director, Dr. Fagade Olubukunola disclosed that the team had spent the sum of N2.2 billion so far to establish chest clinics in different parts of the country since 2008.

Represented by Dr. Chinwe Okala, the company’s public health officer, the Medical Director disclosed that 25 GeneXpert machines and X-ray machines were donated with the Chest Clinics to 25 government-owned hospitals in Nigeria.

Agbami parties, he said, have also carried out TB awareness campaigns in Lagos, Kaduna, Kano, Rivers, Akwa Ibom, Nasarawa and Oyo States in partnership with local non-government organizations and the National Tuberculosis and Leprosy Control Programme (NTBLC) to further raise awareness on the dangers of Tuberculosis, improve access to treatment and care, provide training and counselling on treatment and management of the infection. 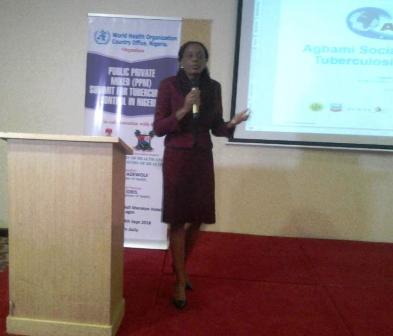 According to him, the group’s strategic choice of intervention in TB is designed to achieve access to services, early detection and proper management of the disease as well as other chest and lung diseases in Nigeria, in alignment with the national strategy.

“Our strategy is actualized through infrastructural support; medical equipment and supplies; capacity building targeting health workers; protecting health workers and advocacy on TB,” he stated, adding that the chest clinics contributed about 3% of the national presumptive TB cases registered and 3% to the National aggregate of TB cases registered.