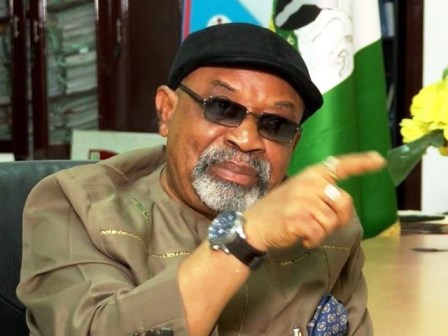 Minister of Labour and Employment Chris Ngige on Tuesday asked the Nigeria Medical Association (NMA) to stay away from the strike by Joint Health Sector Unions.

The minister accused the leadership of NMA of delaying the peace process between the unions and the federal government.

He however appealed to the striking health workers to call off their strike as the CONHESS table that corresponds with the 2014 CONMESS adjustment with the Medical Doctors has been addressed by the National Salary Income and Wages Commission and given as an offer in the spirit of equity.

“The attention of the Honourable Minister of Labour and Employment, Sen. Chris Ngige has been drawn to media reports credited to the new Executive of the Nigerian Medical Association(NMA) wherein the body has taken to meddlesome interloping in the ongoing negotiations with the striking Joint Health Sector Unions (JOHESU),” he said in a statement.

“The Minister wishes to state that in trade unionism, such meddlesomeness arising from an unhealthy inter-union rivalry will adversely put pressure on social dialogue mechanism, clog the wheel of progress and in this instance, retard the return of industrial harmony in the entire health sector.

“Hence, the NMA should desist from further interference of any form, in the ongoing negotiation as well as stop issuing threats to the Federal Government as it is firmly resolved to achieve a lasting industrial peace in all sectors without prejudice to perceived group interests.

“Besides, I wish to once more appeal to JOHESU to call off its strike as the CONHESS table that corresponds with the 2014 CONMESS adjustment with the Medical Doctors has been appropriately addressed by the National Salary Income and Wages Commission and given as an offer in the spirit of equity.

“I therefore plead that you consider the tragic consequences your action has already brought on the vulnerable patients in hospitals across the nation.”

WHO to deploy 4,000 vaccines in DR Congo Ebola response