WHO to deploy 4,000 vaccines in DR Congo Ebola response 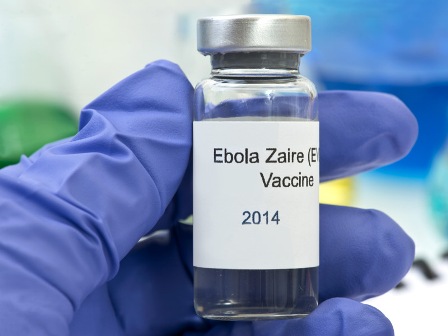 All is now set for the use of an experimental Ebola vaccine to combat the current Ebola outbreak in the Democratic Republic of Congo.

This follows the agreement by the country to allow the World Health Organisation (WHO) deploy 4000 doses of the vaccines to contain the spread of the dreaded disease reported to have killed 18 people as at May 11.

The deadly Ebola virus resurfaced in DRC last week pushing the WHO to quickly move in to liaise with authorities in the country to contain the spread.

“We have agreement, registration, plus import permit — everything formally agreed already. And as you know that vaccine is safe and efficacious and has been already tested. So I think we can all be prepared,” he said. “All is ready now, to use it,” WHO Director-General Tedros Adhanom Ghebreyesus told AP Monday.

Spokeswoman for Congo’s Ministry of Health Jessyca Ilunga also told AP the vaccines should arrive by the end of the week.

“The vaccination campaign starts next week, everything depends on the logistics because the vaccine must be kept at minus 60 degrees Celsius, and we need to assure that the cold chain is assured from Geneva to Bikoro,” she said.

The Ebola vaccination campaign will first target health workers, Ilunga said. Three nurses are among those with suspected cases, and another is among the dead.

The teams on site have already identified more than 350 contacts, who are people who have had contact with the patients, she said.

This is the ninth Ebola outbreak in Congo since 1976, when the deadly disease was first identified. Congo has a long track record with Ebola, WHO said. The last outbreak that was announced a year ago, was contained and declared over by July 2017.

WHO says there are now a total of 34 cases, with 18 deaths (case fatality rate 52.9%), among which two cases are confirmed, 14 suspected and 18 probable as of May 11, Three health workers have been affected, with two suspected cases and a probable case who died. So far, 75 contacts are being monitored by the field teams.