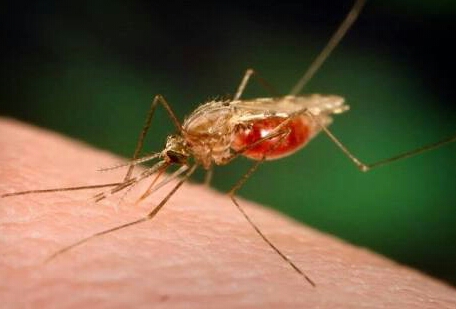 “It gives me great pleasure today to certify that Paraguay i officially free of malaria,” said Dr Tedros Adhanom Ghebreyesus, WHO Director General, in a recorded statement on June 11.

Dr Tedros Adhanom Ghebreyesus commended Paraguay on its achievement and briefly outlined the success factors that enabled the country to become malaria-free.

In 2016, WHO identified Paraguay as one of 21 countries with the potential to eliminate malaria by 2020. Through the “E-2020 initiative,” WHO is supporting these countries as they scale up activities to become malaria-free. Other E-2020 countries in the Americas include Belize, Costa Rica, Ecuador, El Salvador, Mexico and Suriname.

“I take pride in saying that PAHO has accompanied Paraguay in the crusade of malaria elimination since the beginning,” said Dr Carissa F Etienne, Director of the Pan American Health Organization (PAHO), WHO regional office for the Americas.

“This is a powerful reminder for the region of what can be achieved when countries are focused on an important goal, and remain vigilant after achieving that goal. We are hopeful that other countries will soon join Paraguay in eliminating malaria”.

From 1950 to 2011, Paraguay systematically developed policies and programmes to control and eliminate malaria, a significant public health challenge for a country that reported more than 80 000 cases of the disease in the 1940s. As a result, Paraguay registered its last case of Plasmodium falciparum malaria in 1995, and P. vivax malaria in 2011.

A five-year plan to consolidate the gains, prevent re-establishment of transmission and prepare for elimination certification was launched in 2011. Activities focused on robust case management, engagement with communities, and education to make people more aware of ways to prevent malaria transmission, and about diagnosis and treatment options.

“Receiving this certification is a recognition of more than five decades of hard work in Paraguay, both on the part of public sector workers, as well as the community itself, who have collaborated time and time again in order to achieve the elimination of malaria,” said Dr Carlos Ignacio Morínigo, Minister of Health of Paraguay.

“Reaching this goal also implies that we must now face the challenge of maintaining it. Therefore, Paraguay has put in place a solid surveillance and response system in order to prevent the re-establishment of malaria.”

In 2016, in the next phase of the elimination drive, the Ministry of Health launched a three-year initiative to build Paraguay’s front-line health workers’ skills.

Backed by The Global Fund to Fight AIDS, Tuberculosis and Malaria, the country strengthened its capacity to prevent disease, identify suspected malaria cases, accurately diagnose malaria and provide prompt treatment – key strategies to tackle the on-going threat of malaria importation from endemic countries elsewhere in the Americas and sub-Saharan Africa.

“Paraguay’s success demonstrates the importance of investing in robust, sustainable systems for health, and I’m very pleased that the Global Fund supported this achievement,” said Peter Sands, Executive Director of the Global Fund.  “We need to remain vigilant and prevent resurgence, but we also need to celebrate this victory.”

In April 2018, the independent Malaria Elimination Certification Panel  concluded that Paraguay had interrupted indigenous malaria transmission for the requisite 3 years and had the capacity to prevent the re-establishment of transmission. The Panel recommended the WHO Director-General certify the country malaria-free.

They highlighted factors such as the quality and coverage of health services, including malaria awareness among front-line health workers, the universal availability of free medical treatment, and a strong malaria surveillance system.

Between 1960 and 1973, seven countries and territories from the Americas were certified malaria-free: Cuba, Dominica, Grenada, Jamaica, Saint Lucia, Trinidad and Tobago, and the northern part of Venezuela. In the Region of the Americas, malaria cases declined by 62%, and malaria-related deaths decreased by 61% between 2000 and 2015. However, the rise of malaria cases reported in several countries in 2016 and 2017 show that major challenges remain, including the diagnosis, treatment, and investigation of malaria cases, particularly in remote areas.