Why female condom use remains low in Nigeria – Pathfinder International 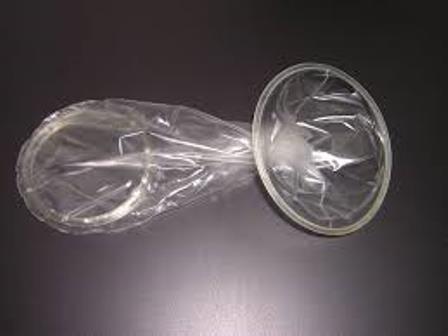 Though female condom plays a key role in family planning, its use in Nigeria has remained very low due to culture, religion and other related barriers, Country Director, Pathfinder International, Dr Farouk Jega, has said.

Jega stated this at a Female Condom Update Meeting in Abuja on Thursday, where the organization brought partners together to share experiences on female condom use, which was believed by all participants at the meeting to have been unpopular like male condom.

He said among other barriers, one in ten condoms imported into the country is for female while the remaining nine are designed for men.

He also listed cost of purchase, access and low knowledge on availability of female condoms as other causes of low use of the contraception in the country.

“People may know about these contraceptives, but they do not know where to get them. They may not even have the wherewithal, that is the finances, to access them. Specifically, talking about female condom, for a long time, the problem has really been that of lack of awareness. We all know about male condoms for a long time, I think it is recently that the awareness about female condom is beginning to emerge.

“…I think it has not been particularly well-promoted like the male counterpart. I think the earlier types of female condom also had quality issues, which was a concern for many women,” he said.

He explained that both male and female condoms are to help prevent unwanted pregnancy and sexually-transmission infections, and that using contraception such as condom empowers women to take their reproductive decisions.

“Building on this strength, the FHC funded Pathfinder International to incorporate training and advocacy for the FC2 into an existing infrastructure in Mozambique, Nigeria, Ethiopia, Tanzania and Kenya to strengthen FC2 procurement and distribution system by individual country-specific Ministries of Health as well as stakeholders,” she said.

She furthered that the project aims to promote FC2 in the five sub-Saharan African countries, and also targeting facilitation of nationwide access to, and training on the FC2 by women and men.

“Its objective includes institutionalization of the female condom within each country, advocating for inclusion of FC into the national essential medicine list, national health strategy, and assigned budget line within health ministry,” she stated.

Meanwhile, National Coordinator, Association for Advancement of Family Planning, AAFP, Dr Chinwe Onumonu, said at the event that when HIV/AIDS declines in any country where it is prevalent, use of condoms declines.

According to her, the HIV virus made condom use popular. She also said the reason many women in the country do not use female condoms is because there are wide range of options for family planning.