Alarm! Nigeria captures only a quarter of its TB cases, govt says 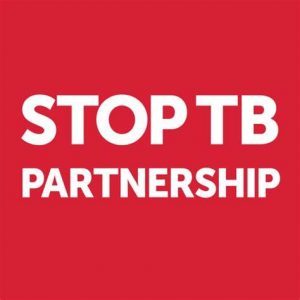 Nigeria government has said only a quarter of cases of tuberculosis that should be identified in the country are reported.

This is even as Lagos state tops the list of states with high cases of tuberculosis in the nation.

Addressing the media on Tuesday July 9 in Abuja, National Coordinator, National TB and Leprosy Control Programme, Dr Adebola Lawanson, said In 2017, Nigeria notified 104,904 TB cases which he said was only about 26 percent of the estimated 407,000 TB cases the nation was supposed to find.

“That means there is a lot of missing TB cases in the country. We notified only a quarter of the TB cases we were supposed to find in the country. The huge gap in TB cases is much higher among children aged zero to 14 which is about just seven percent,” he stated.

Represented by a Deputy Director at the organization, Dr Muhammad Hammad, Lawanson said Nigeria has the highest TB burden in Africa. According to him, the nation ranks sixth most-burdened nation with the disease globally.

He however highlighted the efforts of government towards containing the disease. His words: “Over the years, the Federal Government through the Ministry of Health in collaboration with partners has provided quality patient-centred prevention, treatment care and support free of charge for the control of tuberculosis.
“The efforts for the control specifically are use of the GeneXpert MTB/RIF technology as the primary diagnostic tool among all TB and TB preventive cases in the country, including people living with HIV/AIDS. There are 390 GeneXperts in the country. Our target is to at least have one GeneXpert per local government. We equally provide our TB services in over 6,500 centres across, both in private and public health institutions…

“Despite these efforts, in 2018 Global TB Report, Nigeria is among the 10 country accounting for 64 percent of global gap in TB case finding with India, Indonesia and Nigeria accounting for half of the total gap.

“The National TB and Leprosy Control Programme of the Federal Ministry of Health with WHO, USAID and Global Fund as well as other NGOs are putting a lot of efforts to end tuberculosis through concerted efforts in developing strategic interventions which will help in finding all the TB missing cases in the country and help to put them on treatment.”

Meanwhile, experts and all institutions working towards defeating the disease in the country will be meeting in Lagos state later this month for a second national conference on tuberculosis.

The theme for this year’s conference is “Building Stronger Partnerships to End TB in Nigeria”. 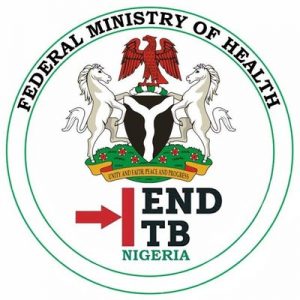 Speaking at the Tuesday’s briefing, Board Chairman, Stop TB Partnership in Nigeria, Prof. Lovett Lawson, said TB remained a major global public health problem with 8-10 million new cases diagnosed yearly. He said 1.6 million TB patients die each year, and that the deaths are compounded by the fast spread of HIV/AIDS and poor socio-economic status. According to him, each TB patient is capable of infecting 10-15 persons yearly.

“The National TB conference will hold at the International Conference Centre from the 17th to 18th July 2019. The Conference brings together key actors in TB control in Nigeria and across the globe to deliberate on topical issues involving TB control in the country,” he said.

He explained that the conference aims to create an avenue to bring key stakeholders in TB control and the academia together so as to foster access to research, new technologies and innovations in the control of TB in Nigeria, to stimulate the generation of new collaborations for home grown TB research and innovations, create awareness and promote best practices in TB programming in Nigeria, and provide platform to foster the designing of evidence based policies for improved TB control in Nigeria.

Lawson said Lagos State has the highest burden for TB in Nigeria, adding that the challenge for TB in Lagos state is associated with the high population and high congregate settings.

He added: “Funding from the federal Government of Nigeria and international donor for the control of this deadly disease, unfortunately, has been grossly inadequate. The country need 76% more funding for TB control compared to the current funding level if we are to end TB in 2030. Other sources of funding are thus required if Nigeria is to meet this target.”