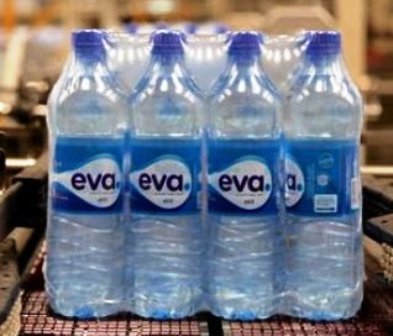 The National Agency for Food and Drug Administration and Control (NAFDAC) has declared the brand of Eva Table Water produced and bottled by the Nigerian Bottling Company (NBC) safe for human consumption.

This follows an earlier recall order from the market by the agency for the 75cl pack size of the table water pending its investigation over a production default reported to it by the company.

A statement signed by the Agency’s Director General, Prof. Mojisola Adeyeye, said NAFDAC was satisfied as thorough investigation showed that the company had taken adequate steps to guarantee the quality and safety of the table water and other products on its stable that are registered by the agency.

NAFDAC had suspended production of the Eva Premium Table Water 75cl at the Nigerian Bottling Company Limited, Asejire, Ibadan, Oyo State last week .due to a “change in colour and presence of particles.”

The affected batch was said to have been produced between 22nd and 23rd May 2019 at the company’s factory in Asejire, Ibadan, Oyo state and Nigerians were urged to return the stock of the affected product to the company and also report adverse events to NAFDAC nearest office.

The Agency however presented a report of its investigation in a statement yesterday declaring the water safe for human consumption. The statement reads:

“The National Agency for Food and Drug Administration and Control (NAFDAC) says Eva Table Water wishes to inform the general public on the true situation with Eva Water produced and bottled by the Nigerian Bottling Company (NBC).

“Following discovery of a default in two lots of Eva bottled water (75cl pack size) produced between 22nd and 23rd May 2019 at the NBC ultra modern factory at Asejire in Ibadan, the company immediately initiated a recall of the affected lots and voluntarily notified NAFDAC as is expected of every responsible quality-driven organization with high priority for Food Safety and safety of its consumers.

“After thorough investigation of the company’s processes supported with detailed laboratory analysis of the water and all other products produced at the factory, NAFDAC is satisfied that adequate corrective and preventive actions are in place to guarantee the quality and safety of Eva water and indeed all Coca Cola products that are registered by NAFDAC.

“It is important to highlight that there is no cause for alarm, as the laboratory reports did not indicate any health threat; the recall was purely precautionary and it is standard food safety practice all over the world.

A recall is initiated when there is a strong reason to believe that a potentially contaminated food has reached the marketplace whether confirmed or not.

“It is reassuring to note that the Nigerian Bottling Company demonstrated a high sense of responsibility in voluntarily reporting the problem and in the recall process. NAFDAC urges all companies and stakeholders to think of the customers’ safety first just like what NBC has done in this case. This is exemplary and should be emulated by all manufacturers.

NAFDAC has taken the required regulatory actions and the public is hereby assured of the safety of Eva Water,” the statement said.

Alarm! Nigeria captures only a quarter of its TB cases, govt says