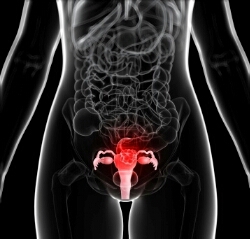 The story was told by Dr. Rose Anorlu of the Oncology and Pathological Studies Unit, Department of Obstetrics and Gynaecology, College of Medicine, University of Lagos, at a workshop on cervical cancer, some year ago, in Abuja. The story is that of a 46-year old civil servant and one of many victims of cervical cancer, Nigeria’s second most frequent cancer and leading cause of cancer death. It may as well be the story of several others that have lost their lives from other forms of cancer. It is the story of misdiagnosis, mistreatment, late reporting and lack of necessary management facilities, which are the hallmarks of cancer management in Nigeria.
Mrs K.C noticed she was always bleeding after sexual intercourse. At first, she thought it was abnormal menses and never took much notice of it. However, six months later, as the bleeding continued, she reported to the staff clinic in her ministry. She was reassured by the Youth Corps doctor on duty that it was an abnormal bleeding which usually occurs before menopause.
Acvording to the expert, she ought to have had a speculum/pelvic examination done but the doctor did not think of this. Rather, Mrs K.C was given iron tablets and multivitamins.
The vaginal bleeding continued and she reported again to the staff clinic. This time, she saw a mefical officer who only reiterated what the Youth Corps doctor told her earlier. It was an abnormal bleeding which sometimes occur before menopause! She was again reassured and given a new drug, Primolut-N tablets to stop the bleeding in addition to iron tablets and multivitamins. Again, no speculum/pelvic examination was done even by the senior doctor. She was not even asked whether she had ever been screened for cervical cancer.
About 12 months later, she told a close friend who told her that such bleeding could only be stopped by the use of native herbs and that there was no place for it in the hospital. Her friend knew someone with similar ailment who got treated. She was taken to an “Ijaw” woman in Ajegunle, Lagos who is “popular in fixing and correcting abnormalities of the womb”.
At the herbal home, she was told the bleeding was due to abnormal position of the womb. The Ijaw woman deeped her fingers into Mrs K.C ‘s vagina and told her the womb had moved down and was hard and she needed some concoctions to shrink it to restore it to the normal position. She was given some native concoctions to put in her vagina. She used the concoctions for two months yet, the bleeding did not stop.
Mrs KC’s husband had been “very understanding” all this time. He told her not to go back to the staff clinic and took her to a private hospital also in Lagos. This time, the doctor performed a vaginal/speculum examination and noticed a mass in the vagina. He referred her immediately to a tertiary hospital – almost 18 months after the onset of Mrs K.C’s irregular vaginal bleeding. At the tertiary bospital, clinical examination and investigations showed that she had cancer of the cervix stage 3b (inoperable stage).
Radiotherapy/Chemotherapy was the treatment option at this stage of the disease. At that time, the radiotherapy machine in the institution had broken down. The treatment was going to cost her about N80, 000 to N100, 000 in a private hospital which she could not afford. Mrs K.C went to a government tertiary hospital outside Lagos where she hoped the cost of treatment would be affordable.
She was given six weeks appointment for her treatment as there was a long waiting list. Four weeks into the waiting period, she developed severe bleeding and was re-admitted to the tertiary hospital in Lagos. She required six pints of blood but her husband and relatives could only afford three pints.
Mrs KC’s condition continued to deteriorate while in the ward. She notced she was passing urine and faeces through the vagina. She had very severe and excruciating pain in the back and legs. Meanwhile, morphine (strong pain reliever for cancer patients) was not available.
A very offensive odour was percieved as one approached her. Other patients near her requested the nurses to move them away from her because of the smell. Her condition continued to deteriorate and she kept screaming for pain relief. All that she had most of the time was DF118 or Diclofenac which did little or nothing to her pain.
toMrs K.C later developed renal (kidney) failure and also became restless, disorientated and confused. On July 9, 2008, she died. She died in pain and in an undignified manner, leaking urine and faeces from her vaginal and smelly.
Mrs K.C died at a stage in her life when she was very crucial to the social and economy needs of her family. She died of a disease that is preventable.

Revealed: Health ministry yet to get 2015 bugetary allocation