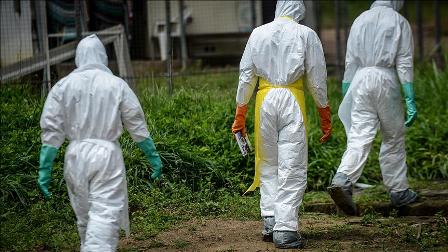 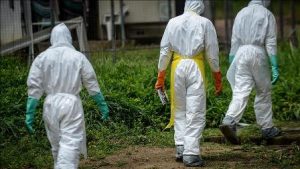 Democratic Republic of Congo (DRC) has officially declared its month Ebola outbreak over on Saturday after 42 days without recording a new case of the virus.
“I declare on this day, at midnight, the end of the outbreak of the hemorrhagic fever of the Ebola virus in DRC,’’ Minister of Health in the country, Mr Oly Ilunga, said in a statement.
Health officials say Congolese health authorities approved the use of a new experimental vaccine but ultimately declined to deploy it due to the small scale of the outbreak and logistical challenges.
The latest outbreak came a year after the end of the virus’ deadliest episode in West Africa, which killed more than 11,300 people and infected some 28,600 as it swept through Guinea, Sierra Leone and Liberia causing alarm around the world.
Health officials also observed that northeastern Congo’s experience in fighting the disease allowed them to gain the upper hand quickly.
“The government of DRC has been very transparent in declaring the outbreak.
“To a large extent, that really facilitated communication and information sharing and rapid action,’’ Ibrahima Soce Fall, a senior World Health Organisation Official in Africa, said.