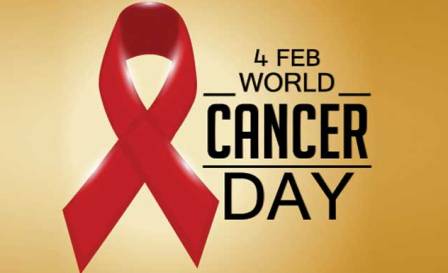 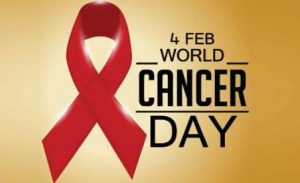 ABUJA – As Nigeria joined the rest of the world in commemorating the 2018 World Cancer Day, the Minister of Health, Prof. Isaac Adewole, has called on Nigerians to always engage in physical exercises to reduce the risk of having cancer.

According to him, any form of physical activity that is consistent will promote healthy living, reduce obesity and sedentary lifestyle, and other non-communicable diseases. The Minister made this call in his World Cancer Day message delivered in Abuja on Sunday.

Prof. Adewole stated that this year’s theme: “We can. I can” was geared towards exploring individual and collective drive in reducing the global burden of cancer.

“The campaign outlined actions that communities and individuals could take to save lives, achieve greater equity in cancer care and make fighting cancer a priority at the highest political level,” he said.

On individual’s role in fighting cancer, Adewole said: “individuals could make healthy lifestyle choices by engaging in weekly physical activities for at least two and half hours for adult and an hour for children.”

Other lifestyle modifications that the minister mentioned included avoiding tobacco smoking and chewing, eating a healthy diet, limiting alcohol intake and staying safe under the sun.

He also emphasized high index of suspicion for early symptoms and signs of cancer was key, because “finding cancer early makes it easier to treat and cure.”
Spelling out roles expected from communities in the fight against Cancer, the Minister praised various organisations and professional bodies that have dedicated sporting programme not to rest on their oars.

Adewole also said that communities should dispel myths that led to stigma and discrimination against people living with cancer among them.

He called on governments to commit adequate resources to reduce cancer death and provide better quality of life for patients and survivors.

He however informed that the Federal Ministry of Health had made significant effort in awareness creation by developing jingles on cancer awareness in five Nigerian languages viz: English, Hausa, Igbo, Yoruba and ‘Pidgin-english’. These, Adewole said, were available for broadcast to the general public on Radio and social media.

“In the same vein, the Ministry is continuing her partnership with the Nigeria Union of Road Transport Workers (NUWRT) to broadcast the awareness jingles on another 1000 long distance Buses while the office of National Coordinator for Cancer Programme, Federal Ministry of Health provided technical and material support, the Minister informed,” the Minister stated

He further said that the commissioning of a new Radiotherapy machine at National Hospital Abuja(NHA), recently, would provide for easy access to radiation treatment for Nigerians.

He disclosed that another new machine donated by SHELL Nigeria Exploration and Production Company (SNEPCO) is within the country and would be operational at NHA in the next few months.

The facility at Lagos University Teaching Hospital (LUTH) should be offering full and un-interrupted service by June 2018.

He further stressed the commitment of FGN to rolling out nationwide screening for breast and cervical cancer in women and prostate cancer among men in 2018.

Despite these “giant strides,” the Minister regretted that there remained some factors militating against these efforts to effectively combat the scourge of cancer in Nigeria.

To surmount these barriers, Adewole said, government was committed to the development of the Public Private Partnership strategies to address the funding gaps and manpower shortages.

He therefore called on interested stakeholders in the national and international arena to partner with Federal Ministry of Health so that more laudable achievements could be recorded in the management of cancer cases in the country.