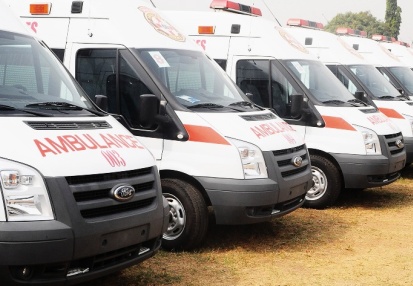 Minister of State for Health, Dr Osagie Ehanire, on Thursday said Nigeria had less than 1000 functional ambulances which attend to medical emergencies in the country.

The minister further revealed that many of the vehicles were not functional.

He said it was part of the reason the country had been recording poor response to medical emergencies.

Ehaniro made the revelations in Abuja at the launch of operational guidelines for national ambulance services and national policy on emergency.

He explained that the meeting was to set the tone for the process of structuring and harmonizing Emergency Medical and Rescue (EMS), consolidating and networking national ambulance services.

He said the country needed at least 5000 ambulances to meet its emergencies.

The minister said road accidents constitute major cause of medical emergencies in the country.

“According to the World Health Organization, global status report on road safety, 2013, about 1.24 million people are killed in road accidents every year, worldwide, 68000 of those being children under five years old, and over 50 million injured.

“However, death rates are continuously decreasing in developing countries despite higher traffic density. In Europe, road accident death rate are about 10 per 100000 inhabitants.

“This has prompted world leaders to the declaration of the UN Decades of Action for Road Safety, to draw attention to this vital subject and reminds us that the Prevention to 50 is not only better than cure, but prevention is cheaper than cure,” he said.

He went on: “Nigeria currently has about 1000 registered ambulances in both government and private operations. The number is clearly insufficient to achieve the desired average response time for our population and road network.  However, most of them are connected to an emergency service service network, but sit idle in hospital premises or by the roadside and may be used for purposs other than emergency.”

The minister told the gathering that funding for the project would be done through the implementation of National Health Act, which allocates five percent of its fund to emergencies.

In his address, Minister of Health, prof Isaac Adewole, said the guideline would strengthen the implementation of ambulance service in pre-hospital care and ensure safe practices.

“A full implementation of this policy will go a long way towards ensuring improved standard medical care and in the long run, an improvement in health indices,” he added.