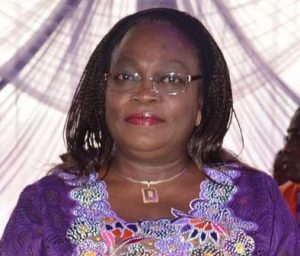 The National Agency for Food Drug Administration and Control (NAFDAC) today reacted to the allegations by the Senate that some 42 malaria drugs banned by the EU and WHO are still in the Nigerians market, saying the alleged banned drugs were monothereapies which had seized to be in use in the country.

Addressing a press conference in Lagos today the Acting DG of the agency Mrs. Yetunde Oni said the alleged banned anti-malaria medicines are oral monotherapies containing single Active Pharmaceutical (API) Ingredients such as Artesunate as contained in Arinate tablet, Amodiaquine as contained in Camoquine, Dihydroartemisiin as in AlaxinTablet and Pyrimethamine as contained in Daraprim Tablet.

“The use of artemisinin combination therapies in the treatment of malaria is in line with the guidelines for the treatment of malaria, 3rd edition World Health Organisation 2015, Geneva Switzerland. The Nigeria National Anti-Malarial Treatment Policy, February 2015 supports use of artemisinin combination therapies.
“Sulphadoxine Pyrimethamine (SP) is also a combination anti-malarial medicine recommended by both the World Health Organisation and the Nigeria National Anti-malarial Treatment policy for intermittent Preventive treatment (PT of malaria,” she said.

Mrs Oni disclosed that NAFDAC had stopped the registration of anti-malarial monotherapies in line with the recommendation of the Nigeria National Anti-malarial Treatment Policy 2005 and the WHO guidelines for treatment of malaria 2015.

She also revealed that the agency, in collaboration with the United State Pharmacopoeia (USP) carried out a survey in 2015 on the quality of antimalarial medicine in the country. According to her, the result of the survey, which was made available to stakeholders, showed that only 3.6% of the 906 samples procured from the 6 geographical zones of the country failed quality test while 96.4 passed.

“Anti-malarial monotherapies in the distribution chain were captured during the survey to enable the Agency mop them from circulation. NAFDAC Zonal coordinators were directed to conduct surveillance and mop up activities. This exercise has been sustained to ensure that the incidence of oral antimalarial monotherapies is brought to the barest minimum.

“Distinguished ladies and gentlemen of the press, you may wish to know that Artemisinin Combination Therapies (ACTs) are currently used in malaria endemic countries like Nigeria.

“There are no killer anti-malarial medicines in Nigeria and it is important that you convey this message to the already agitated members of the public to avoid unnecessary panic,” the Acting DG urged.

The Senate had on July 20 raised alarm over 42 antimalarial drugs banned in Europe which are allegedly still being sold in Nigerian hospitals and pharmacies and subsequently mandated its committee on health to urgently carry out an investigation and report back to it.