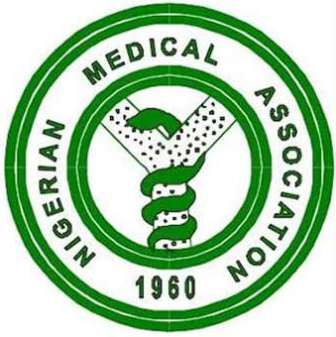 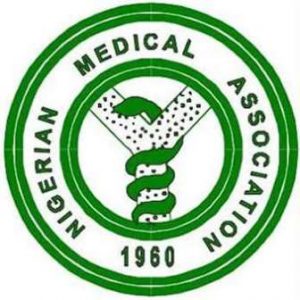 The Nigerian Medical Association (NMA) has warned the Federal Government not to yield to demands by the Joint Health Sector Unions (JOHESU) for a pay parity in the sector saying this would negate its 2014 agreement with the government.

The association, in a statement signed by its president Dr. Francis Faduyile and Secretary General, Dr. Olumuyiwa Odusote, warned that any award to the “non-medically qualified health professionals” that violates its own 2014 agreement with the government would result in the resumption of its suspended withdrawal of service.

JOHESU, an association of health workers except doctor,called a nationwide strike by its members exactly 22 days ago.

Some of its demands included salary adjustments, promotion arrears and improved work environment for members, among others.

But the NMA insists it is against any salary adjustment that puts doctors at par with other categories of health workers. The statement reads:

“It is also pertinent to once again remind Government about the concluding part of our letter no. NMA/PRE/SG/03/0751 of 21st March 2014, which states, “In view of the above, the NMA painfully wishes to inform the Federal Government of Nigeria that any award to the non-medically qualified health professionals that violates the January and July agreements of 2014 shall result in the resumption of the suspended withdrawal of service of 2014. Please take this as a notice sir”.

“The above reminder is predicated on the extension of the ongoing strike action embarked upon by the amorphous body called ‘’JOHESU’’, to States and Local government areas, the basis of which is to strengthen its callous and ill motivated agitation for pay parity between her members and doctors with the resultant erosion of relativity and further hierarchical distortion in the health sector vis-à-vis her clandestine romance with some top government officials.

“For the avoidance of doubt, the Nigerian Medical Association wishes to restate her positions on the various demands of JOHESU.

“We oppose vehemently, any adjustment in CONHESS SALARY SCALE with resultant pay parity between doctors and healthcare professionals allied to medicine, and hereby reaffirm that RELATIVITY IS SACROSANT.

“The demand for professional autonomy is part of the fight for professional ego by JOHESU/AHPA. Government is once again reminded of global best practices in terms of the leadership of the clinical/medical team in which the physician is the head.
Rather than accede to a demand that will lead to more preventable deaths, we urge the Federal Government to implement the recommendations of the Yayale Ahmed Committee on professional harmony in the health sector.

“The demand for the appointment of other health workers as Consultant (with payment of specialist allowance) is a self-centered agitation aimed at ensuring they are in charge of clinical care.

“This is not only an aberration (considering international best practice) that will add no value to clinical/patients’ care, it will certainly worsen morbidity and mortality indices in Nigeria. We therefore reaffirm the rejection of this demand.

“The demand for Headship of Departments/units in the hospital by members of JOHESU/AHPA will lead to unprecedented chaos in the health sector with ripple effect on the health of Nigerians. We reaffirm our rejection of this demand.

“The NMA reiterates her position on the appointment of CMDs/MDs of tertiary hospitals which is in accordance with the extant law and with emphasis on ‘medically qualified’ as interpreted by the National Industrial Court of Nigeria. Various Circulars of government also refers!

“We reject in its entirety the demand for the abolition of the position of Deputy Chairman Medical Advisory Committee (DCMAC) which is a creation of management boards in accordance with section 7(4) of University Teaching Hospital act.

“The NMA is not against career progression of allied health professionals but will not accept any decision that allows for multiple appointments of directors in a department without such being applicable to medical doctors.

“The NMA supports fully the demands of JOHESU/AHPA on Skipping of CONHESS 10 and payment of arrears in compliance with National Industrial Court of Nigeria Judgment, and increased Retirement age.

“Consequent upon the foregoing, and in order to ensure that Nigerians enjoy uninterrupted access to health care, all medical and dental doctors in Nigeria have been directed to put mechanism in place for the sustenance of services to Nigerians.

“In conclusion, the Nigerian Medical Association wishes to once again remind Government of the implications of acceding to any demand that violates the collective bargaining agreement of January 2014.

“Government should take this as a further reminder of the previous notice of 21st April 2018.”