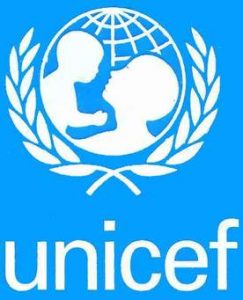 No fewer than 80 million Nigerians are in dire need of improved toilet, new facts from UNICEF have revealed.

Of these, 47 million people reportedly defecate openly, 33 million use unimproved toilet, while 90 percent of households use water that is contaminated UNICEF says,  revealing further that unsafe drinking water, open defecation and poor hygiene have remained major causes of under-5 death in the country.

This is coming on the heel of the newly released 2018 Nigeria Demographic Health Survey (NDHS,2018), which revealed that the number of under-5 children dying yearly have continued to increase in the last 5 years.

Many of these needless deaths have been traced to diarrhoea and water borne disease. Latest findings from the Federal Ministry of Water Resources (FMWR) states that more than 100,000 children under 5 die each year due to diarrhoea, making Nigeria the second country with the highest Children’s death from diarrhea.

These deaths could however be reduced if there is an end to open defecation  and practice of good hygiene, sanitation, UNICEF-Nigeria Communication Specialist, Geoffery Njoku, told journalists, during an EU-UNICEF sponsored media dialogue on sanitation tagged “CLEAN NIGERIA: USE THE TOILET”, which held yesterday at Tahir Hotel Kano, Kano state.

According to him, there’s a huge link between sanitation, open defecation and child survival, hence the need for all to join #The Clean Nigeria Campaign.

A breakdown of the deplorable situation of open defecation, Water, Sanitation and Hygiene (WASH) situation in Nigeria, by WASH Specialist, UNICEF-Nigeria, Bioye Ogunjobi states that

:”1 in 3 Nigerians does not have access to basic drinking water services. 90 percent of households use water that is contaminated.

“47 million Nigerians (24 percent of the population) defecate in the open while 33 million more use unimproved toilets.

“On average, people living in rural areas have access to only 4 litres of water per capital, each day.

“Only 34 percent of schools and 12 percent of hospitals have access to basic sanitation services.

In his speech, Deputy Director, Head Child Rights Information Bureau, Federal Ministry of Information and Culture, Abuja, Olumide Osanyinpeju, said the Federal Ministry of Water Resources with support from UNICEF, in partnership with Inter-Ministerial Agencies, Civil Society Partners, the Private Sector, and the people of Nigeria, is currently leading the Open Defecation Free (ODF) campaign to end open defecation in the country by 2025, and achieve universal access to safely managed sanitation by 2030.

He disclosed  that  the Nigerian government recently declared a state of emergency on Water Sanitation and Hygiene (WASH) and launched an Open Defecation Free (ODF) campaign strategy to jump-start the country’s journey towards ending open defecation.

“Clean Nigeria: Use the Toilet” campaign is one of the most ambitious behaviour-change campaigns in Nigeria with a strong citizen / public engagement component. Leveraging on what is currently working in the States with Local Government Areas’ certified ODF; this campaign mode will create a national movement with elements of policy advocacy, public advocacy, grassroots mobilization, and private sector engagement”

Osanyinpeju, commended UNICEF, other groups for ensuring that Nigeria has access to safe drinking water, adequate sanitation and proper hygiene. He explained that sanitation is essential to the survival and development of children.

“It can reduce the severity and impact of malnutrition. It can also help in reducing the spread of intestinal worms, as well as promoting dignity and boosting safety, particularly among women and children. Sanitation standards are intended to ensure that people do not suffer adverse health effects that can result if toilets are not available when needed. Proper sanitation facilities promote health because it allows people dispose off their waste appropriately.

“Open defecation perpetuates a vicious cycle of disease and poverty. Inadequate waste disposal promotes the infection cycle of many agents that can spread through contaminated soil, food, water and insects such as flies. Open defecation is incredibly dangerous, as contact with human waste can cause diseases such as cholera, typhoid, hepatitis, polio, diarrhoea, worm infestation and under nutrition. We must double our current efforts in order to end open defecation by 2030.”

Explaining  UNICEF target and priorities from the ‘Clean Nigeria: use the toilet’ campaign, Ogunjobi said;

He called for strong political commitment in leadership at all levels, to improve sanitation and end open Defecation.

Shocking! Treating prostate cancer could cost over N3m in Nigeria