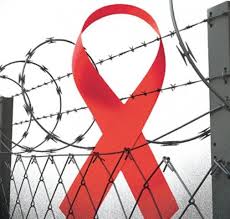 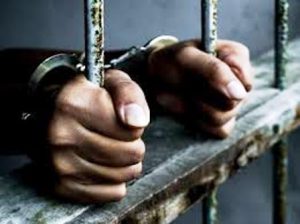 ABUJA – Although, Nigeria appears to be edging closer to controlling the HIV epidemic, inmates of Nigerian prisons are twice more likely to be living with HIV than people in the community, a National HIV Assessment has revealed.

The study was conducted by the United Nations Office for Drugs and Crime (UNODC) under the leadership of the National Agency for the Control of Aids (NACA) and in cooperation with the Nigerian Prisons Service (NPS), the Federal Ministry of Health, Heartland Alliance International and the US Agency for International Development (USAID) and the Joint United Nations Programme on HIV/AIDS (UNAIDS).

The study which is a segment component of the broader Nigeria HIV and AIDS Indicator and Impact Survey (NAIIS), was conducted among 2,511 people in prison with the aim to provide reliable data on prevalence of HIV/AIDS and tuberculosis as well as on the availability of health services in prisons.

According to the study, the prevalence in prisons was 2.8% compared to 1.4% in the general population.Covering twelve prisons across the six geopolitical zones of the country, the finding indicates that HIV prevalence is more than twice higher among women (6.9%). Generally, older people are more likely to live with HIV and tuberculosis and close to 1 out of 6 women aged 45 years or older is living with HIV.

Among the study population, 28% of women and 76% of men reported that consensual sex happened while in prison.

Drug use is another high-risk factor and the study estimated that 2.5% of people in prisons inject drugs. This figure is up to 25 times higher than in the general population, according a recent UNODC survey on drug use in Nigeria.

Implementing prevention interventions in prison setting appear crucial, as well as improving the availability and quality of health services.Less than 66% of the respondents reported the availability of HIV testing, hepatitis prevention and treatment, sexual and reproductive health services and any harm reduction services. Only 37% of respondents were satisfied with the quality of services received at the prison health facility.

“Keeping communities at the centre of the HIV response, especially the most vulnerable and marginalized, such as people in prisons and other closed settings, is among the surest ways for Nigeria to leave no one behind in ending the AIDS epidemic as a public health threat by 2030″ said Dr Erasmus Morah.

Underscoring the importance of the study by UNODC, Dr Morah pointed out that, according to the new UNAIDS global AIDS update report, titled ” Communities at the Centre”, launched in Eshowe, South Africa on Tuesday, 16 July 2019 by the Executive Director, of UNAIDS, Gunilla Carlsson, key populations and their sexual partners now account for more than half (54%) of new HIV infections globally.

Key populations include people who inject drugs, gay men and other men who have sex with men, transgender people, sex workers and prisoners. According to the report, less than 50% of key populations were reached in 2018 with combination HIV prevention services in more than half of the countries that reported data.

A co-sponsor of the  Joint United Nations Programme on HIV/AIDS (UNAIDS),  UNODC is the convening agency for HIV prevention, treatment, care and support among people who use drugs and ensures access to comprehensive HIV services for people in prisons.

The  UNODC global HIV programme supports countries to achieve universal access to comprehensive HIV prevention, treatment, care and support services for people who use drugs and for people in prisons.UNODC supports governments and civil society organisations to implement large-scale and wide-ranging evidence-informed and human rights-based interventions.

UNODC is promoting the United Nations Standard Minimum Rules for the Treatment of Prisoners (The Nelson Mandela Rules) and its Health-related rules emphasizing that the provision of health care for prisoners is a State responsibility; prisoners should enjoy the same standards of health care that are available in the community and should have access to necessary health-care services free of charge without discrimination on the grounds of their legal status.