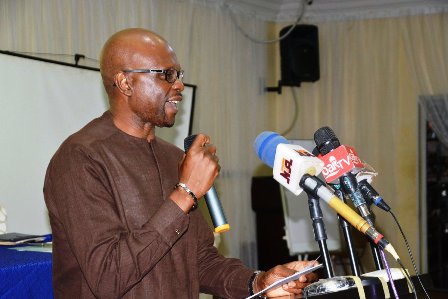 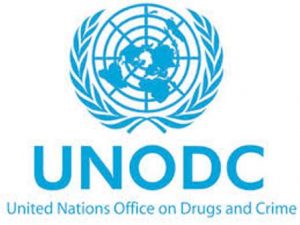 ABUJA – The United Nations office on drugs and crime Nigeria (UNODC) and the Federal Ministry of Education today launched a new programme, Education for Justice (E4J) Initiative in Nigeria, to help prevent crime, drug use and violent extremism among youth.

The E4J initiative seeks to prevent crime and promote a culture of lawfulness through education activities and materials designed for primary, secondary and tertiary levels.

With the introduction of the programme, UNODC will work with the Federal Ministry of Education as well as the United Nations Educational, Scientific and Cultural Organization (UNESCO) towards promoting the integration of crime prevention and other rule of law related topics into the education curriculum at all levels, through the sensitization of teachers, professors and policy makers and other stakeholders active in the education sector at Federal and State levels.

Acknowledging the importance of the E4J Initiative, the Permanent Secretary, Federal Ministry of Education, Mr. Sonny Echono who was represented by the Director of Basic and  Secondary Education, Mrs Lami Amodu, said “I am particularly delighted that this initiative is coming up at a time when the government is embarking on programmes and activities aimed at steering the youths to the right direction and consciously promoting culture of obedience to the rule of law, integrity, honesty, complete abhorrence to a life of drug, crime and criminality.”

And while expressing optimism about the positive impact of the intervention and pledging the Ministry’s collaboration for the successful implementation of the programme, he said “The E4J initiative is expected to leverage on the existing government programmes in order to achieve the desired result of equipping students at all levels of education with requisite skills, attitudes and values reorientation to enable them function effectively and optimally in the fast-changing world.”

In his keynote address, the Vice President, Prof.  Yemi Osinbajo represented by his Rule of Law advisor. Dr. Fatima Waziri-Azi,  described the launch of the programme as laudable and  timely. He expressed happiness that it is being implemented with the collaboration of the Federal Ministry of Education and other relevant agencies involved in the promotion of culture of lawfulness in Nigeria.

He express hope that the collaboration would further empower the nation’s education systems in developing young people’s ability in critically understanding the essential elements of accountability, equality fairness and respect for the rule of law, in adherence with domestic and international laws.

“The UNODC-UNESCO ‘Global Citizenship Education for the Rule of Law’ emphasized the need for Education systems to uphold and promote respect for the rule of law, in adherence with international human rights and fundamental freedoms as well as nurture trust between learners  and public institutions. This will in turn encourage and promote safety, dignity and respect for the rule of law amongst citizens…Indeed, including young people in building a country of integrity and strong institutions also allows them to positively shape the face of public institutions in Nigeria where non-violence and peaceful avenues  of civic engagement is encouraged,”  the Vice President said.

The E4J Initiative is part of UNODC’s Global Programme for the implementation of the Doha Declaration which was launched following the 13th United Nations Congress on Crime Prevention and Criminal Justice with the support of the Government of the State of Qatar to help UNODC in assisting United Nations Member States in turning their ambitious commitments into reality.

The overriding objective is to help educators teach the next generation basic values such as respect, integrity, fairness and empathy making them more resilient against crime, violent extremist ideologies, and drugs, to help them better understand problems that can undermine the rule of law and to encourage students to actively engage in their communities and future professions in the promotion of a culture of lawfulness.

At the primary education level (6-12 years), E4J focuses on promoting and teaching values such as acceptance, integrity, respect and fairness. UNODC and its partners developed innovative materials and tools for children, animated series on the rule of law, a video game to tackle gender based violence. These tools will contribute to support learning on the 2030 Sustainable Development Goals, in particular Goals 4, 5, 10 and 16.

At the secondary education level (children 13-18 years old), E4J focuses on providing practical and interactive educational materials such as board games and videos (hyperlinks) to promote the understanding of the basic concepts that lie at the core of UNODC’s mandate areas, including anticorruption, counter-terrorism, crime prevention and criminal justice, organized crime, cybercrime, firearms, and trafficking in persons and migrant smuggling. This is achieved through a focus on ownership, behaviour, rights and responsibilities, aimed at empowering secondary level students to identify, prevent and resolve moral, ethical or legal dilemmas.

At the tertiary education (18+), E4J seeks to support tertiary level education institutions and academics in their efforts to transmit knowledge and create a deeper understanding of rule of law related issues. In order to do so, UNODC has already developed numerous university modules to assist scholars teaching on rule of law related issues such as crime prevention, organized crime, counter terrorism, trafficking in persons and smuggling of migrants or cybercrime.