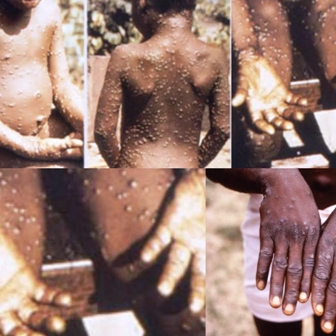 The Nigeria Centre for Disease Control (NCDC) has confirmed five news cases of Monkeypox in three of the country’s 26 states – Lagos, Rivers and Akwa Ibom states.

The resurgence comes two years after the index case was reported in the country. While Lagos, in the current reappearance, recorded three cases, Rivers and Akwa Ibom have one each.

So far,  a total of 81 suspected cases have been reported  in 2019, of which 39 confirmed cases were recorded in nine states with one death.

The chief executive officer of NCDC, Dr. Chikwe Ihekweazu, said the centre, through the Monkeypox Technical Working Group, is coordinating the national response and control in collaboration with states and partners.

Meanwhile one of the affected states, Lagos has issued an alert to residents advising them  to ensure and maintain adequate personal and environmental hygiene at all times as part of precautionary measures to prevent the outbreak of infectious diseases such as Monkey pox .

Commissioner for Health, Prof. Akin Abayomi who stated this earlier on in the week during the biosecurity update meeting on the situation report of Monkey Pox disease in the State, urged residents to observe the highest possible standards of personal and environmental hygiene especially through regular washing of hands with soap and running water and attention to environmental exposure.

Giving details about the recent report of the disease in the state. State, the Commissioner disclosed that three suspected cases of monkey pox were reported by health facilities in the past one month noting that the cases were positive for Monkey Pox as revealed by reports of laboratory investigation.

“The patients were treated at the specialized infectious disease isolation centre of Mainland Hospital, Yaba have since recovered and have been discharged. The close contacts and family members of these cases were actively monitored for 21 days for any development of signs and symptoms of monkey pox and none of these contacts develop any symptoms”, Abayomi said.

The Commissioner while calling for calm assured residents that there is no cause to panic stressing the State Government in collaboration with the Federal Ministry of Health through the Centre for Disease Control is maintaining relevant surveillance activities in all local government areas to prevent an outbreak of the disease.

He explained that the State Epidemiology and the Monkey pox focal persons from Nigeria Centre for Disease Control had earlier carried out sensitization for clinicians and community members in some local government areas of the State three months ago to increase awareness and reporting of any suspected case.

He advised health workers to ensure that they take universal safety precautions when dealing with patients stressing that appropriate personal protective clothings must be worn when attending to cases of contagious infectious diseases.

“Health workers are advised to observe universal safety precautions when dealing with patients and report any suspected case of monkey pox to the Medical Officer of Health in their local government or the Directorate of Disease Control through these lines: 08023169485 and 08023377487”, Abayomi said.

The Commissioner explained Monkey pox is a rare viral infection of animals which can be  transmissible to man and caused by Monkeypox virus noting that the symptoms in human is similar to those seen in chicken pox patients although less severe. It occurs primarily in Central and West Africa close to tropical rain forest where there is frequent contact with infected animals.

Abayomi explained that Monkey pox can be transmitted by direct contact of persons with the blood, bodily fluid, cutaneous or mucosa lesions of infected animals; handling of infected monkeys and rodents such as West African giant rats and Squirrels which are the major reservoirs of the virus.

The Commissioner also noted that the disease could also be spread through human to human transmission through close contacts with infected respiratory secretions, skin lesions of an infected person or object recently contaminated by patient’s fluid or lesion materials; eating under-cooked meat of infected animal and transmission to unborn baby through the placenta.

Abayomi said Monkey pox can be suspected in any person presenting with a postular rash and one or more symptoms of fever, chills, sweats, headache, backache swollen glands sore throat, cough and shortness of breath.

“In the early phase of the disease, patients usually present with fever, swelling of lymph nodes, back pain, intense headache, muscle pain and lack of energy while in the late phase, skin rashes or lesion with a flat base develops between three days after the onset of fever which later form small fluid filled blisters. This fluid later become pus and then crust in about 10 days”, he explained.

Commissioner stated that there is no specific treatment for monkey pox but however said that patient recovers after the symptoms subside between two to three weeks stressing that the disease may leave residual scars on affected parts of the body.

The Commissioner advised that precaution should be taken when coming into contact with wildlife such as monkeys or rodents, especially if such animals exhibit features of disease. Also, due to attention to hand washing is emphasized after contact.